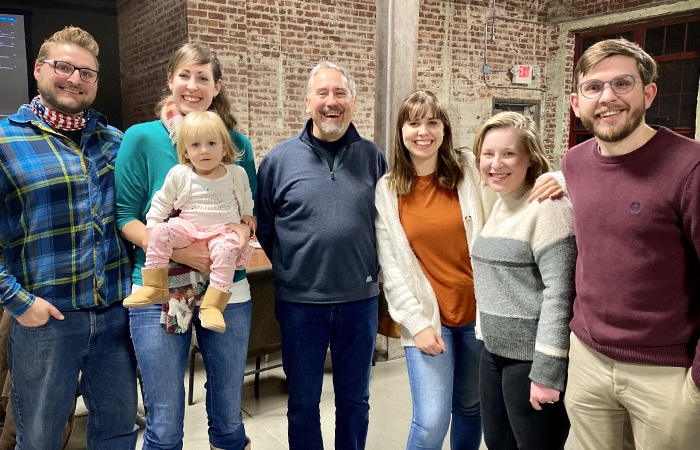 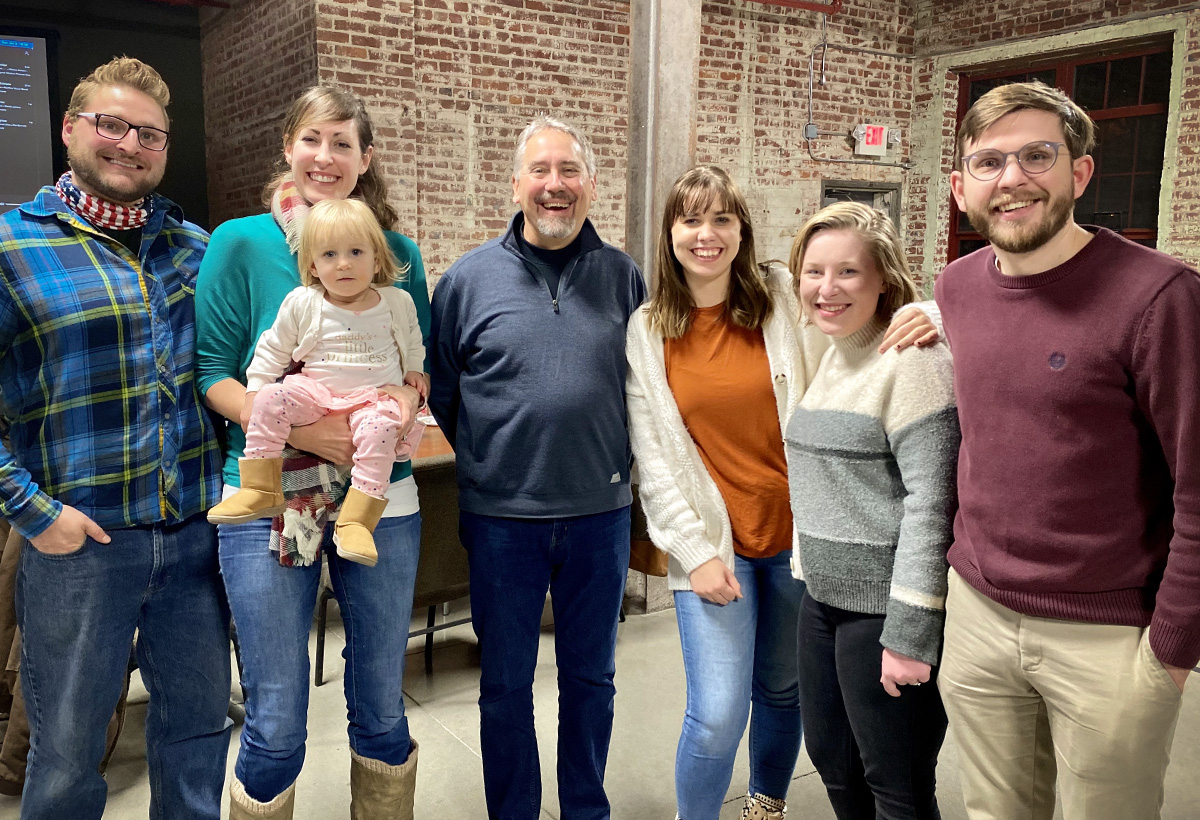 Citylight’s vision is to see the Gospel transform the city of Omaha and beyond by multiplying disciples and churches. We are committed to going beyond, going to the nations, and continuing to pursue the vision not only here in Omaha, but everywhere. The Citylight Global Team is a group of people within the church who support, help, and serve this vision. One part of this team is a smaller group of people who feel God has called them to go share the Gospel with the nations. Welcome to the Goers Group.

Rachael and Jon are among the leaders of Citylight’s new Goers Group that launched in the fall. Last year, they were invited to speak at Providence Church’s Goers Group and quickly found encouragement and a desire to keep coming back. 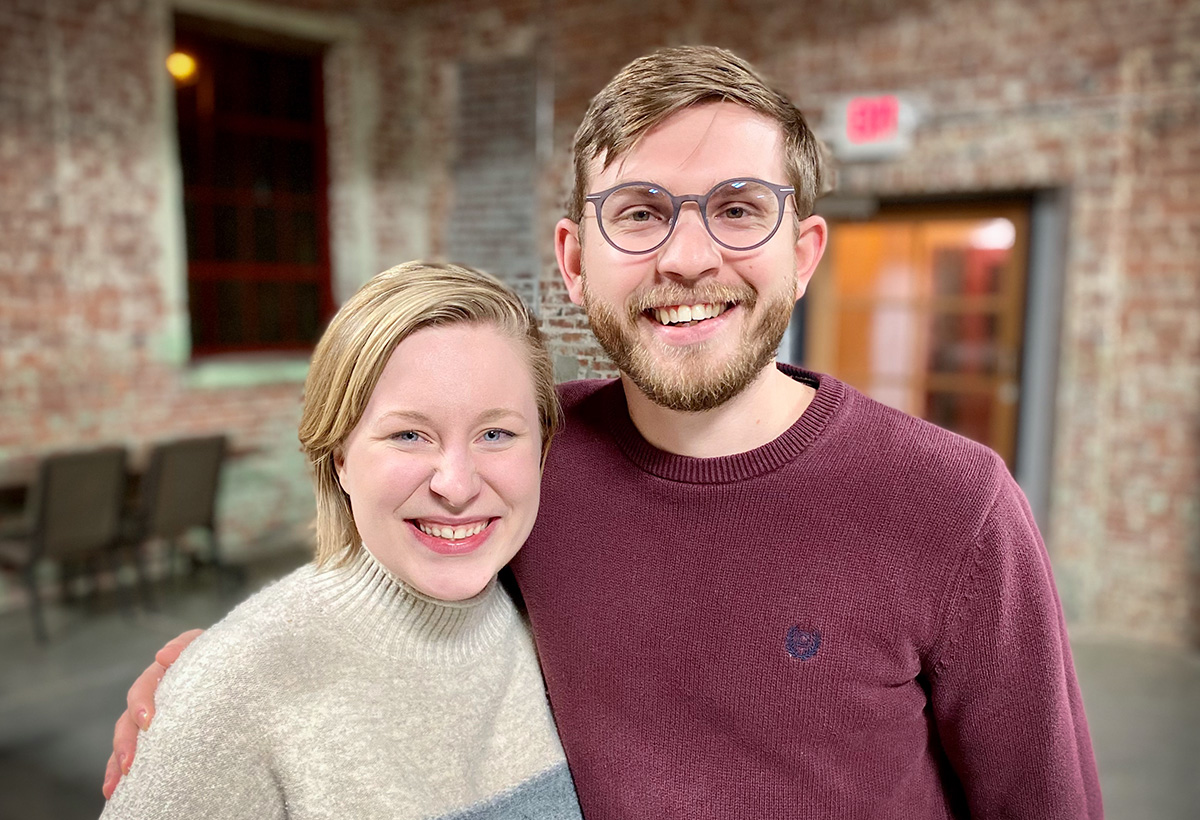 “Providence Church suggested we start one at Citylight Omaha and so we did,” Rachael shared. “A Goers Group is a place for encouragement, to be around other people who are on the same path, to share resources and to learn from others, and to create accountability with goals.”

Rachael and Jon ended up using resources from Providence and other Citylight Churches who are already doing global work well. The Citylight Family of Churches has been very generous and open handed and willing to meet with them to answer questions. From there, they picked and chose what could work for Citylight Omaha.

With no expectation but to serve, the Goers Group started meeting at a goers home. Now, around fifteen people consistently come together.

“We have people in our group that are in different parts of the process,” Rachael described. “There are people who maybe felt the call two weeks ago and don’t know where they are going yet, and then there are people who are launching to the field in a few weeks. We gather for a meal, have a global worker speak, do Q&A time, accountability and prayer, and that’s been our rhythm once a month for the past six months.”

Each member of the team has a unique and personal journey with global work and with Jesus. Each member is equipped with different skills and gifts that encourage and support others in their own individual process. One member, Josie Mottl, has always had a heart for the world since she was a little girl. Currently she is in a period of waiting and loves to be a part of a group that God is using to send people now. 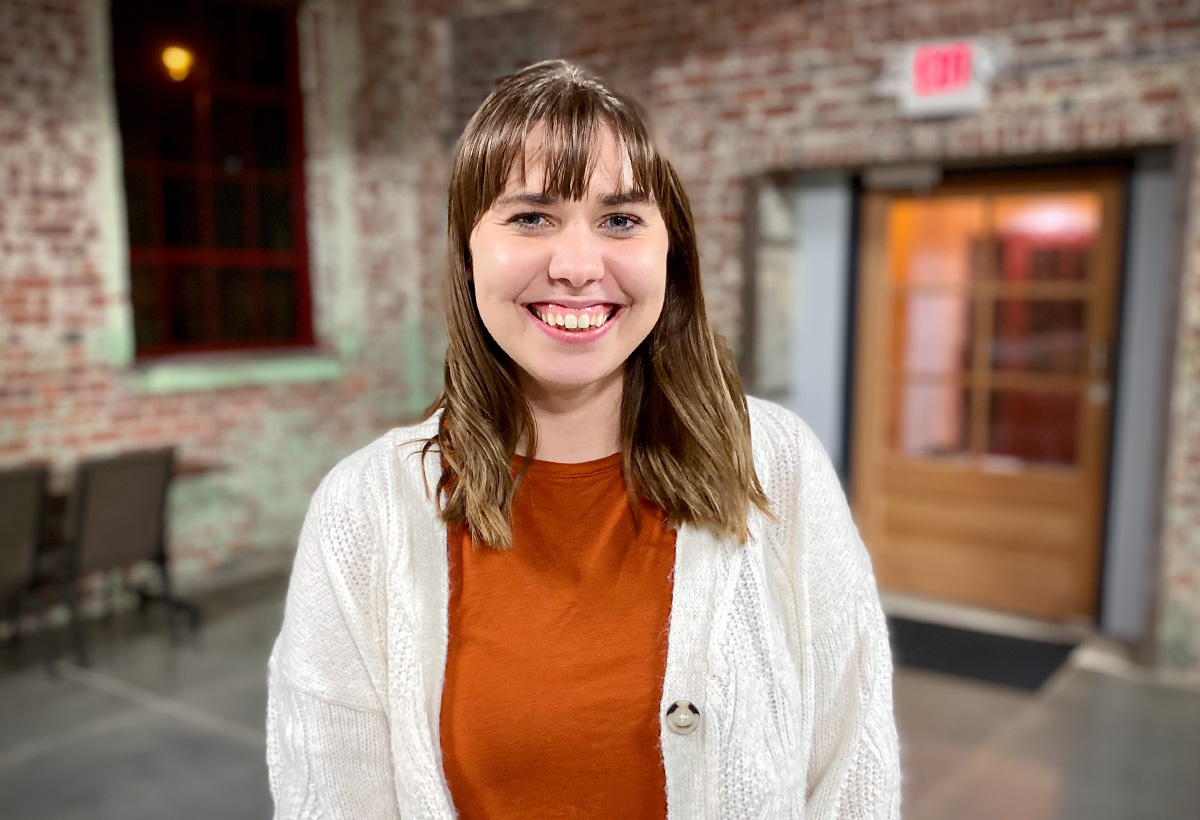 “I love coming every month and hearing how He is working in everyone’s lives,” shared Josie. “I get to witness God’s grace and His plan through the stories and faith of His people. This fills me with hope.”

“God has shown me His timing is perfect. Also, His hope and faith in the stories of these people who have had to trust God with everything. Listening to them is so inspiring and I get to take that into my life now. I have learned that ministry is here and now. It’s not just when you go overseas. The Kingdom of God is what we are all here for. This group has helped put all of this into perspective. It’s a testament to God moving and hope that He’s doing the same thing in my life. My timeline right now is to be in Omaha but to come and be a part of this team has been life changing.”

Josie encourages others to come to the group even if you are not in the process of going to the nations. The Goers Group is a time of praying and community. Even if going on to the nations has just been a thought at this point, to still show up.

The Bradys are a family of three and recently felt a new calling to go to the nations. Well, it’s new for one of them. Jack Brady never considered global work, let alone leaving Nebraska. He loves his home state and everything it offers. Last summer God revealed something entirely different. 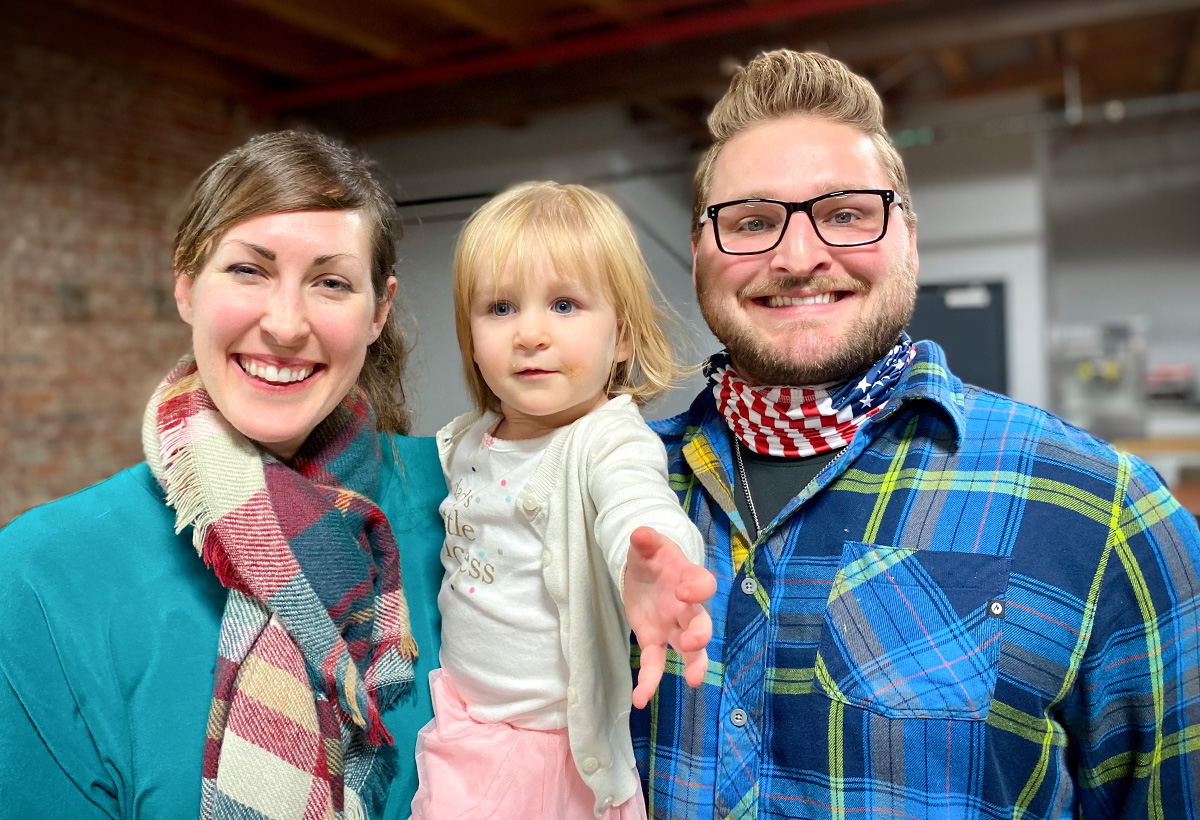 “Last summer I tried to start a business and it didn’t work,” Jack revealed. “I now feel like that was God. He’s been working on me. One night, I sat down with Melissa and I said 'hey what do you think about going overseas?' Her mouth about hit the floor because she never expected me to say that.”

For Melissa, global work has been a burden on her heart her entire life. She grew up in a family that pursued and talked about going to the nations. Currently, her family is serving overseas.

“I thought Jack and I would be called overseas and be a part of it but at the same time I’ve never talked to him about it,” Melissa Brady shared. “I felt called to it and thought Jack would never want to. He’s a Nebraskan to the core, an American-farm boy to the core and loves living here. So when he said that out of the blue, especially considering I’ve been thinking about it more recently, it seriously was just crazy.”

Not long after, the Bradys applied to one organization and got a call from them a few days later and immediately were launched into the ‘going’ process. The very next week this all happened, Citylight’s Global Focus Team gave an announcement at church. The Bradys knew this wasn’t a coincidence and reached out to the team where they then met with Robin and from there got connected with the Goers Group.

“The Goers Group has helped us with a time frame,” Melissa explained. “We didn’t know how fast to go or how slow it would be. Everyone’s at a different stage so we get to learn from everyone. The community has been great and everyone’s story and where they are at in the journey has helped equip us. It is a long process and to be able to talk through it and pray with others during the process has been so helpful.”

Jack and Melissa encourage others to get connected even if you’re unsure what and where you are with going. They both agree that it might seem easy to go through the process alone, but early on you will figure out that you need support.

“We are so thankful and excited for the Global Team at Citylight and for the Goers Group,” Jack and Melissa stated with joy. “To get involved and to get to know who is walking towards the nations and learn from those who are already in the field has been wonderful for us. It’s so important to have the support from the church.”

Matt Clough has been a faithful servant of the Lord and over the last 25 years has been traveling across the world with various organizations and teams. Global work has been something near and dear to his heart. Being a part of the Goers Group has offered support and encouragement that God is still at work globally. 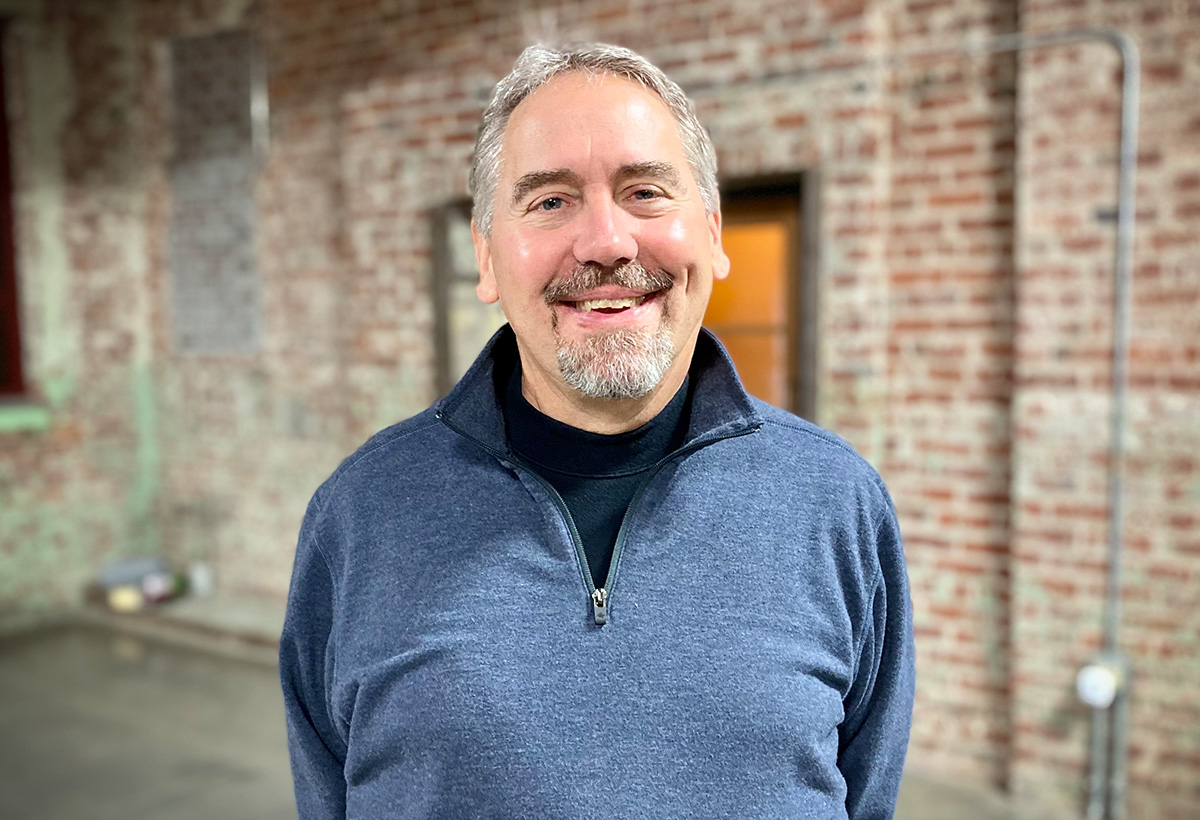 “There’s so much news of bad things happening,” Matt shared,” but God is still touching the hearts of people worldwide all of the time. It’s a constant reminder of this.”

One thing God has taught Matt the past few months with missions is to always be flexible.

“Culturally the American way isn’t the perfect way which goes hand in hand with flexibility,” Matt described. “We are wonderfully and uniquely made by God and it looks different in different places and that doesn’t change His word. It’s asking yourself ‘How can I see that wonder in other people?’ That’s been my prayer whenever I go into new places and where I don’t speak the language. You can feel isolated, but in God’s economy there’s something wonderous and beautiful to see. It’s asking Him, ‘God would you give me the eyes and ears to see and hear that?’

Matt is open to going to the field and supporting other workers in some way. He’s done a variety of things and understands that anyone can be salt and light in whatever you choose.

“Everyone has something to give,” Matt said with encouragement. “Too often in times we get caught up in ‘I’ve never done this or I don’t have experience or training in this,’ but the reality is we all have something to give. One time in Afghanistan, God laid on my heart a prayer and really impressed it into me. He said that I ‘was to be the sweet fragrance of who I Am.’ That was the recurring theme. I didn’t talk to anyone about God but just asking wherever I went that His fragrance would envelope the area. I saw that unfold over and over again. I didn’t have to do anything but just be there. That’s all He wanted me to do. It was so reassuring and very satisfying spiritually that He would use me in that way when I did so little and He did so much.”

“The Gospel in essence is ‘go’ and tell others the saving grace of Jesus Christ. He didn’t say it’s just for you guys to go or this group to go but instead the Gospel is a call for everybody to go. The way to discover this is to be adventuresome and to find out. We are blessed that it’s easy to do that here. You don’t have to sneak somewhere to attend a meeting like this and that may sound odd, but it does happen in some parts of the world. Here we can just get up and go!”

The Global Focus Team at Citylight is about the people God is calling to the nations or putting the nations on their hearts. Sometimes, it can feel lonely in that calling. The Goers Group has shown others that they are not alone. God continues to do more through His people and for the nations. If you are interested in the Goers Group or want more information on the Global Focus Team at Citylight, please send an email to global@citylightomaha.org.