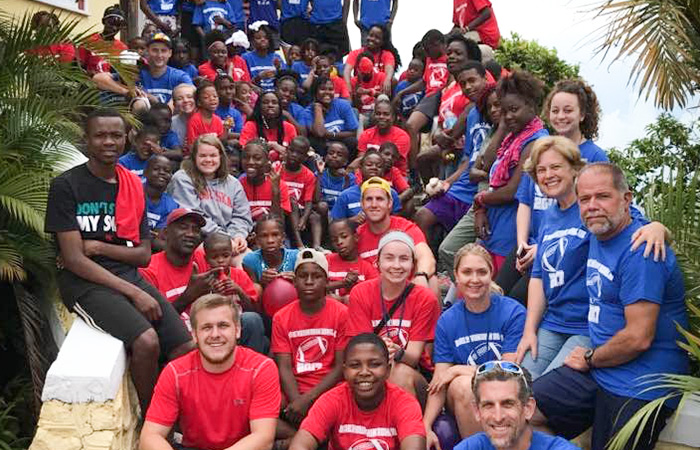 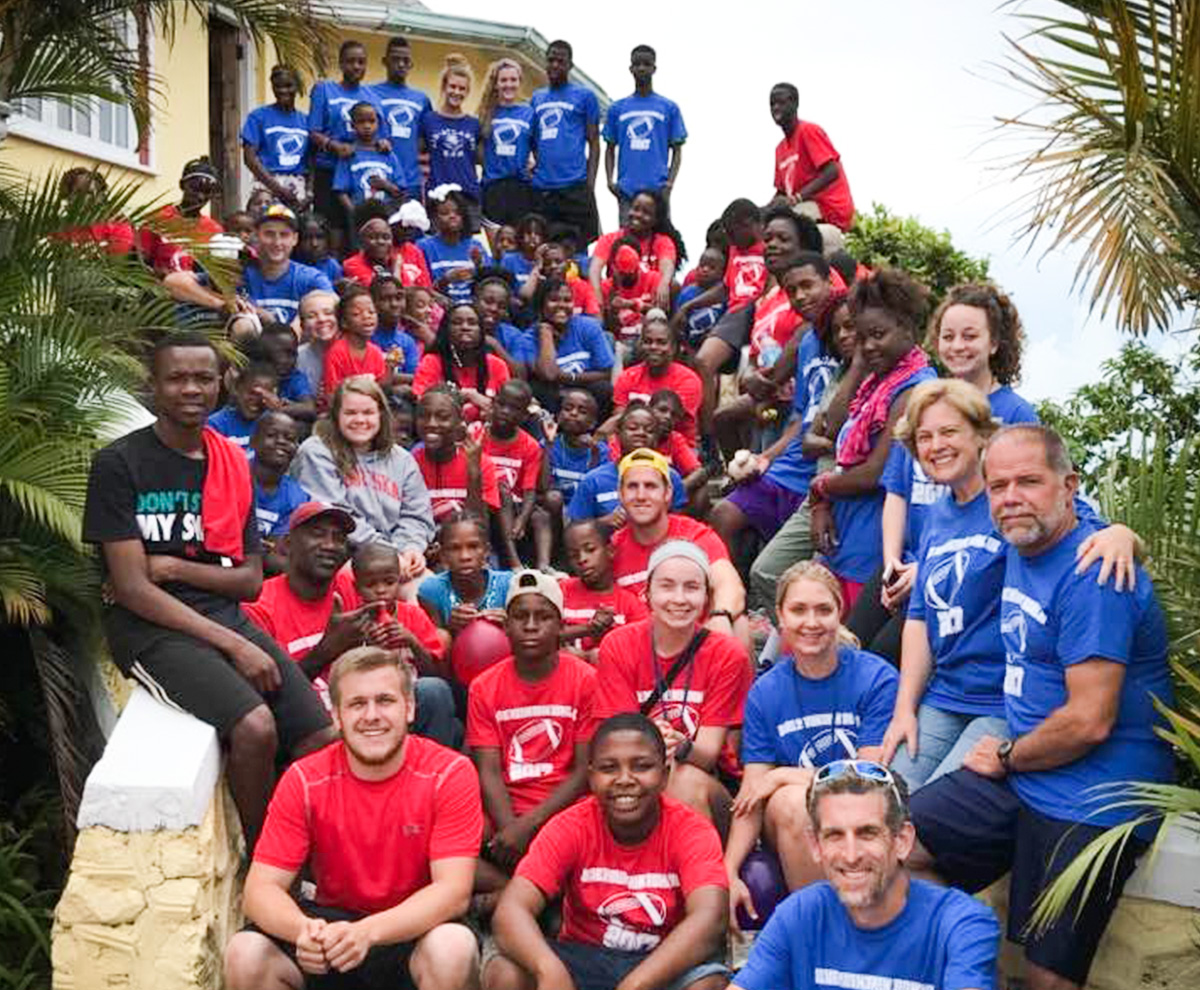 Ten years ago, Dave Laney found himself on a plane headed to Jamaica. He still couldn’t believe that he was going. It had just been a few months earlier at church when one of the pastors had just finished giving an announcement on a short term mission opportunity. Dave’s son, Christian, expressed an interest in going. Neither his son nor he had ever gone on a mission trip before but something obviously resonated with Christian. And now, a few months later, he and Christian were about to land with a team to serve at a children's home. Looking back, Dave will never forget that trip because it was there, on a mountain top looking out over the city of Kingston, with the sun peeking up one morning, he felt God’s presence and the trajectory of his and his family's lives changed.

Over the next few years, with kids still in the house, a job, and bills to pay, life seemed to march on. After that first trip to Jamaica, relationships were formed and Dave and his wife Robin, along with a couple of their kids, were able to lead teams from Citylight to serve at the home. It became a family thing for the Laneys. As they fell in love with the kids and staff, Robin began to see a vision of what could be that this is where they were supposed to be. She believed that God was calling them to Jamaica and to these kids. 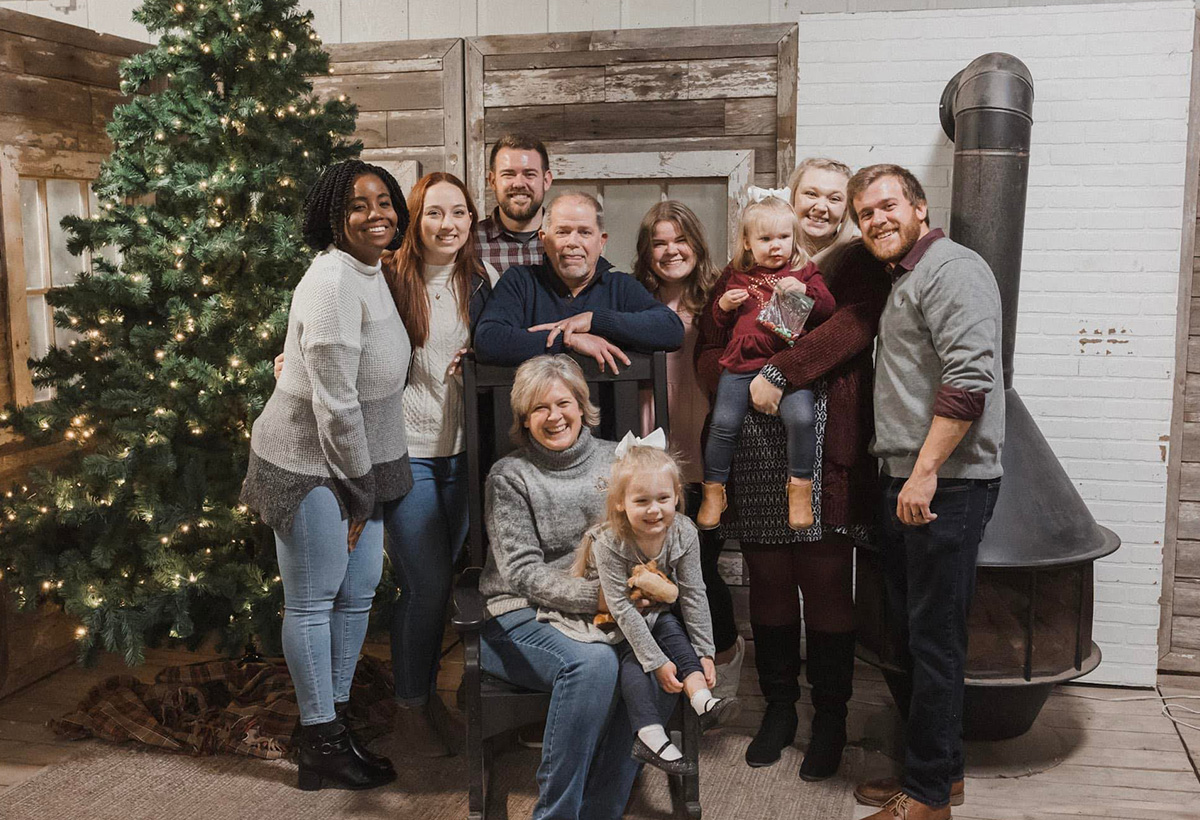 “God has grown us so much,” shared Robin. “Back in 2017, six years after Dave’s first trip to Jamaica, we had to consult with our pastor because my heart was a mess. I thought we were moving together towards this. I was like “Hold up...Dave, haven’t you been praying for this?” But Dave wasn’t there yet. He was moving towards this only because I wanted him to.”

“I just couldn't see us living there,” Dave exclaimed. “I was all in on doing short term trips every summer, for sure, but still having kids at home AND having a full time life in Jamaica...no way.”

As soon as Dave finished saying these words, he looked at Robin seated next to him and they smiled at one another and grabbed each other’s hands. Where and how and the timing of God is so perfect. Looking back, they know now it wouldn’t have worked out had they moved back.

“God protected us,” Robin said adamantly. “The one thing that stands out these past ten years is to wait on the Lord. We had to wait on the Lord because it wouldn’t have been right. God put everything in place so well and it now makes sense. Looking back we can see all the steps the Lord did. The Lord directs our steps and path. We can make the plans but He must direct our steps.”

Last summer, after playing bass on West’s worship team, Dave began to sense that God was doing something in his heart.

“I was playing at West during the family reunion sermon series,” Dave reminisced. “Pastor Phil from FOCO was preaching on going out and being sent out. I listened to it twice that morning and it was there God started working on me. The next week Pastor Erick from CB was preaching Proverbs 14:4 at Midtown and his message about being ok with a messy barn was the final hit. Clearly God was saying to me ‘is your ‘yes’ on the table or not?’ I got back on the stage to play and I said ‘yes’ to God.”

Dave went on to describe the battle that immediately began. As soon as he put his ‘yes’ out there, thoughts rushed in like ‘but you didn’t tell anyone so you don’t have to do it.’ He knew this was spiritual warfare. With tears on stage and determination to follow through, Dave came off the stage after worship and sat next to Robin. He whispered in Robin’s ear, “well, my ‘yes’ is on the table.” Robin looked at him stunned.

After church, Pastor Gavin came over to them and asked how the move to their new house was going as they just moved to a new home a few weeks prior.

“Gavin asked us if we had all our pictures hung up in the house,” Dave shared. “And I told him what had just happened and his encouragement was another confirmation. From there, God continued to affirm us in our call to Jamaica over and over.”

That summer, the Laneys began to investigate starting a transition home in the capital city of Kingston. At that point, living and working at the City of Refuge on that mountain top above the city was not a consideration. Dave and Robin knew that they had to continue asking God for clarity and for preparation. 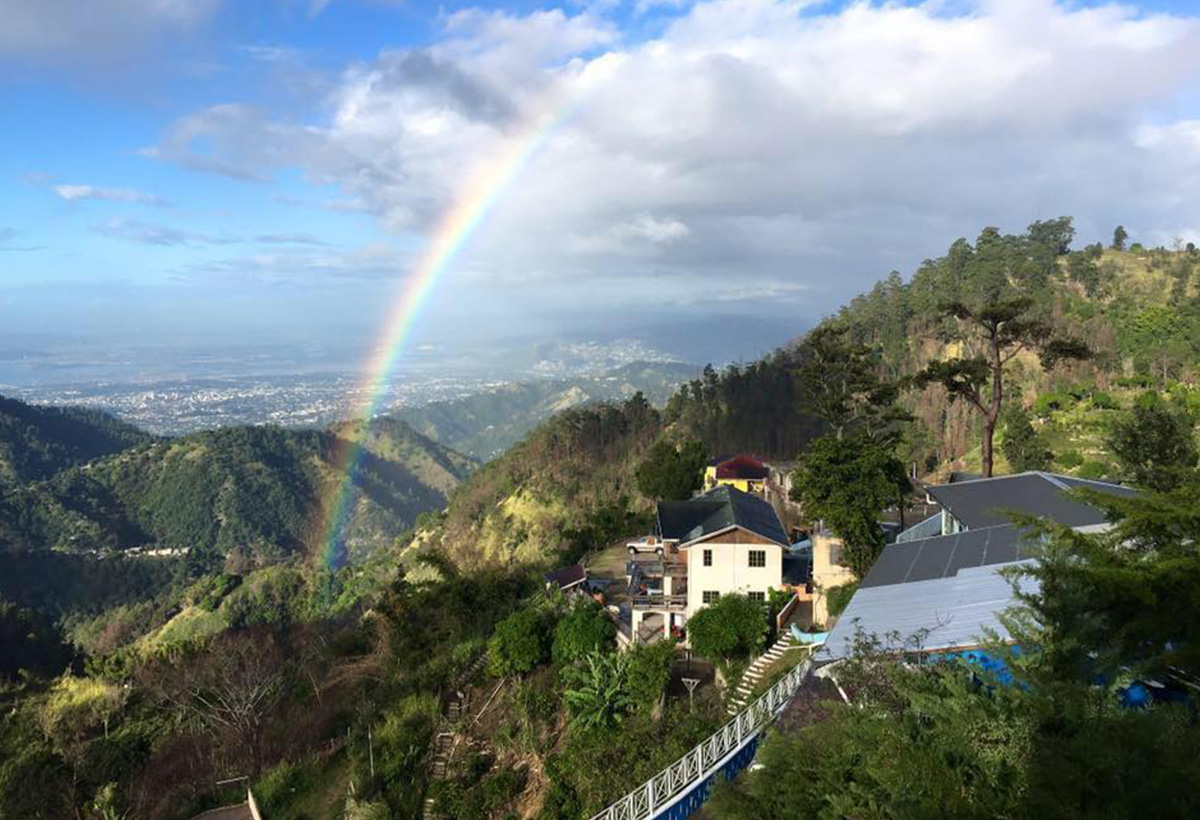 “My prayer was “We are open handed God, whatever you have,’” Dave said with humility and love. “It was towards the end of that summer last year, a young man we knew from Jamaica was on a work permit in the US visiting us. We shared with him where we felt God was leading us and he was encouraged. He then visited Glad Tidings church in Ocoee, FL, shared our vision and plans with the pastor, and contacted us, encouraging us to call him.”

A couple of weeks later, Dave and Robin were on a Zoom call with Pastor Gary Howell in Florida hearing their incredible vision for the home, which lined up with the vision God had given to Robin over the years. God’s timing, again, lined it all up. After a couple of in-person visits and lots of prayer, the invitation was extended to Dave and Robin to serve as part of the leadership team at the children's home. They didn’t need time to think it over. Seeing all of that, everything coming to order perfectly, Dave knew at this point he had nothing to worry about. What was ahead of them was from God. He knew where they came from, all the things God had orchestrated, and all the steps in between could have only been ordered by God.

“We are going to be part of the leadership team at City of Refuge GT in Jamaica, Lord willing,” Robin shared. “We are partnering with Citylight, as our sending church and Glad Tidings church in Florida (owners of the home), and we are in the application process with C&MA Marketplace Ministries as our sending agency. We couldn’t be more excited. Our goal date is to leave is June 1st and there’s a lot to do."

Robin and Dave continued beaming as they described all the opportunities including sharing the vision as they seek to partner with individuals and churches in prayer, resources, and finances,

"There’s so much work to do on the property but we also want to stay very focused on those kids. The kids are the heart of this ministry and each child brings with them particular gifts and complex circumstances." 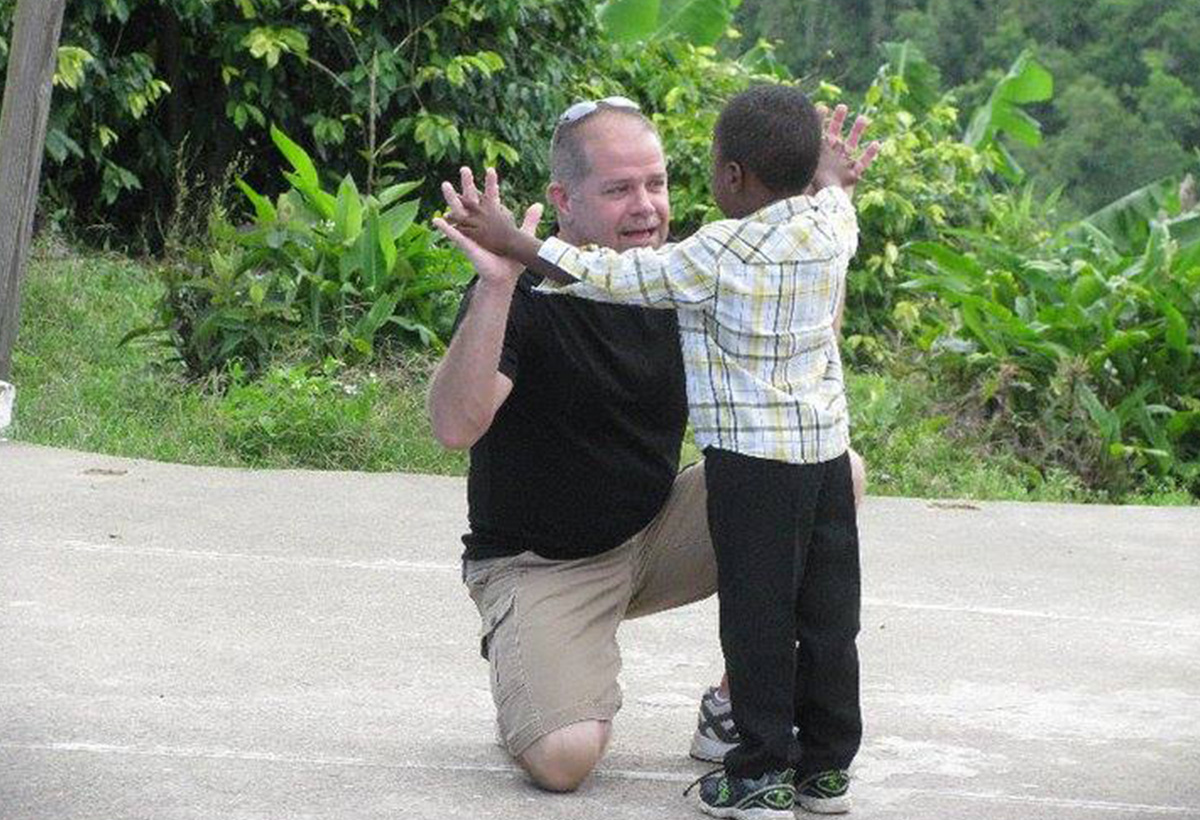 The Laney's desire is that each child knows they are loved by Jesus and all the rest will follow. By cultivating a relationship with each child, comfort and healing can take place but more importantly an understanding of God’s love for them. Robin was quick to add that this is also their goal for the staff who work so hard and diligently for the home. The Laneys want each staff member to understand and trust that they are there for them, too.

Being older missionaries who have been called into the mission field late in life has offered a wonderful perspective along with some encouragement for other ‘olders’ out there.

“Don’t waste your life,” said Robin very quickly. “There’s still a lot of good years left. You have lots of time left to work for the Kingdom. Step into whatever God is calling you into, just don't sit back and retire. For me, I didn’t want to settle or rest for the next thirty years.”

“At our age, after completing around two-thirds of our life, I’m blessed I made it this far considering our background and everything. Ask yourself ‘are you supporting people who are going or are you going yourself?’ I want to finish strong for the Lord. It’s not about us. We all just need to be willing to put our ‘yes’ on the table for whatever He calls you to do and then be ready to respond. Whatever it is, commit to it.” 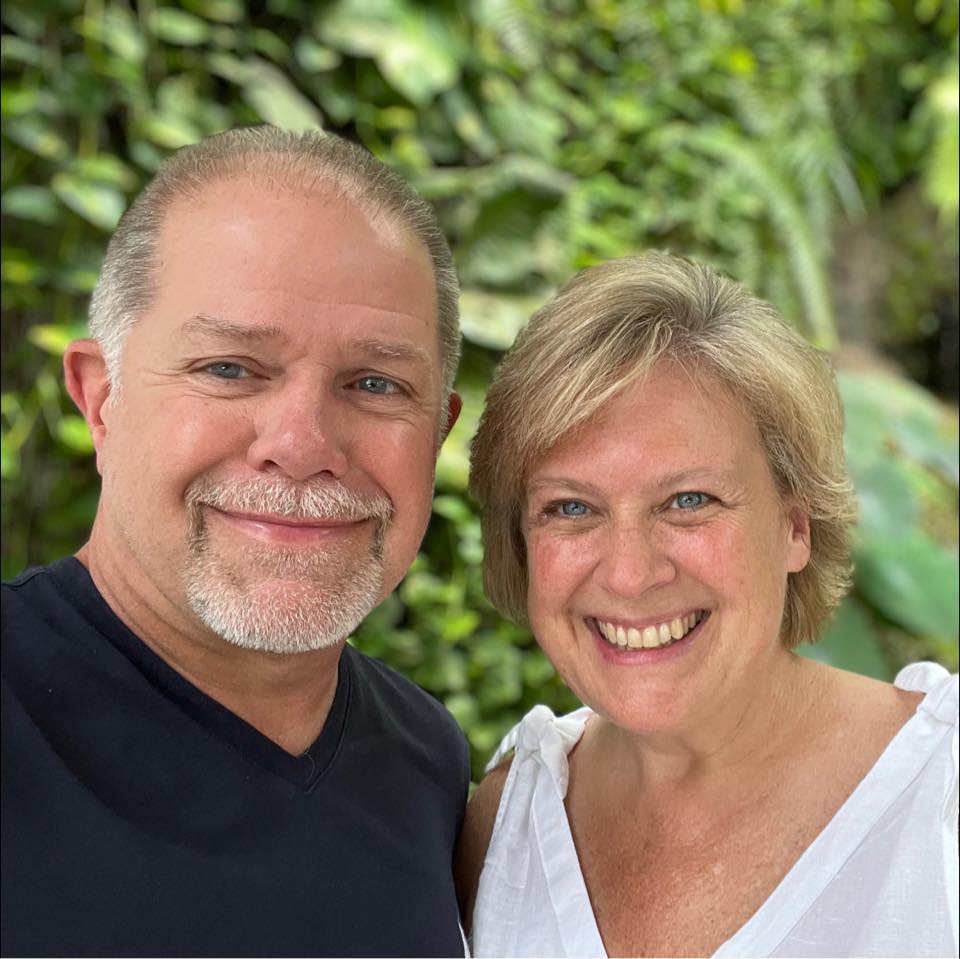 It’s no small commitment to go to another country. The Laneys are leaving precious kids and grandkids, so much dear family, sweet friends, and an amazing church community. It will be incredibly hard but it will be so good.

“To know I won’t play anymore with the worship team,” Dave began describing, “and all the other stuff is hard. But to know that I am saying ‘ok God, our life is fleeting, a blip in all of eternity. What am I really missing out on?' God writes the best stories and I just want to be a part of it.”

Both Robin and Dave encourage people to step in to what God is doing and to be a part of His story. Whether He is calling you to serve locally or overseas. We are all called to make disciples. God invites ALL of us. When the church is mobilized they can reach anywhere and to the ends of the earth. The nations need to know who Christ is and if you are like Dave and find yourself sitting in a church service where an announcement is made about a short term trip, 'go'. It happened with Dave and his son and everything flowed from that. Short term missions can have a long term effect. These are the stories God writes and continues to write. The Laneys encourage everyone in the church to be praying and listening, and when God starts placing things on your heart, know that He will give you what you need to do the work He has prepared for you. He will make it happen if you are ready. You will make mistakes and that’s okay.

In three months the Laneys will be on that mountain top not on a short term mission but instead, finally in their new home. God’s timing is perfect. 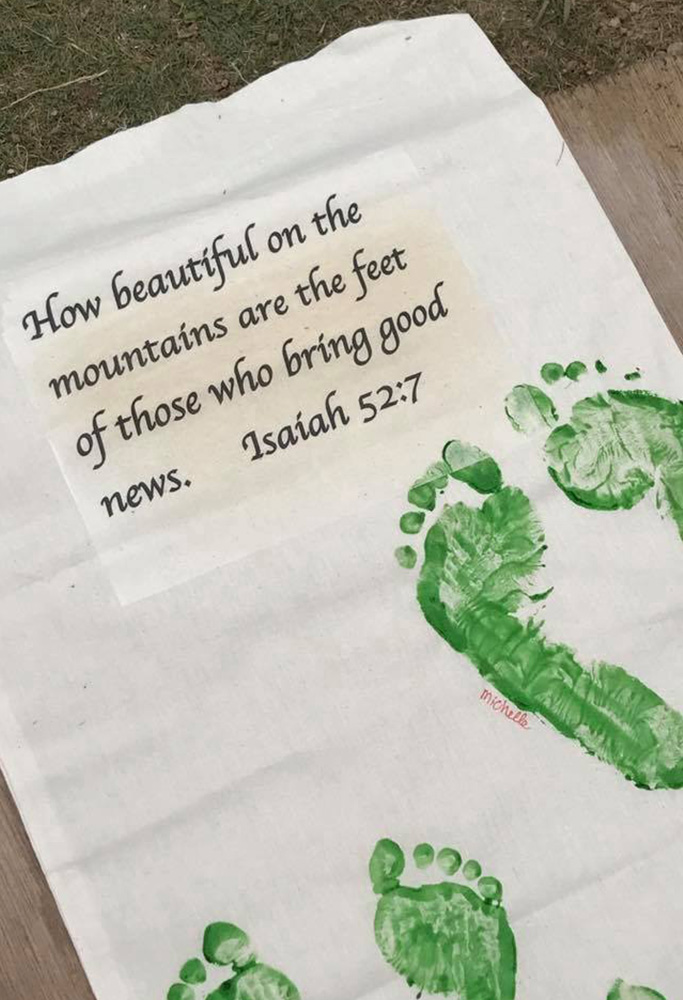 For more information and updates on the Laneys or global work in the Caribbean, go to www.laneysinjamaica.com