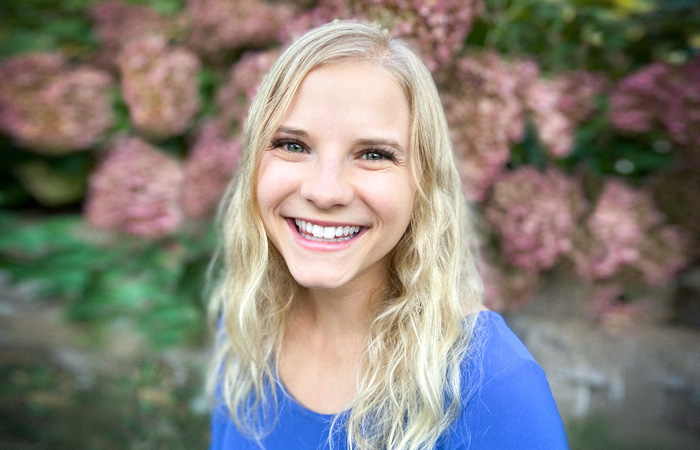 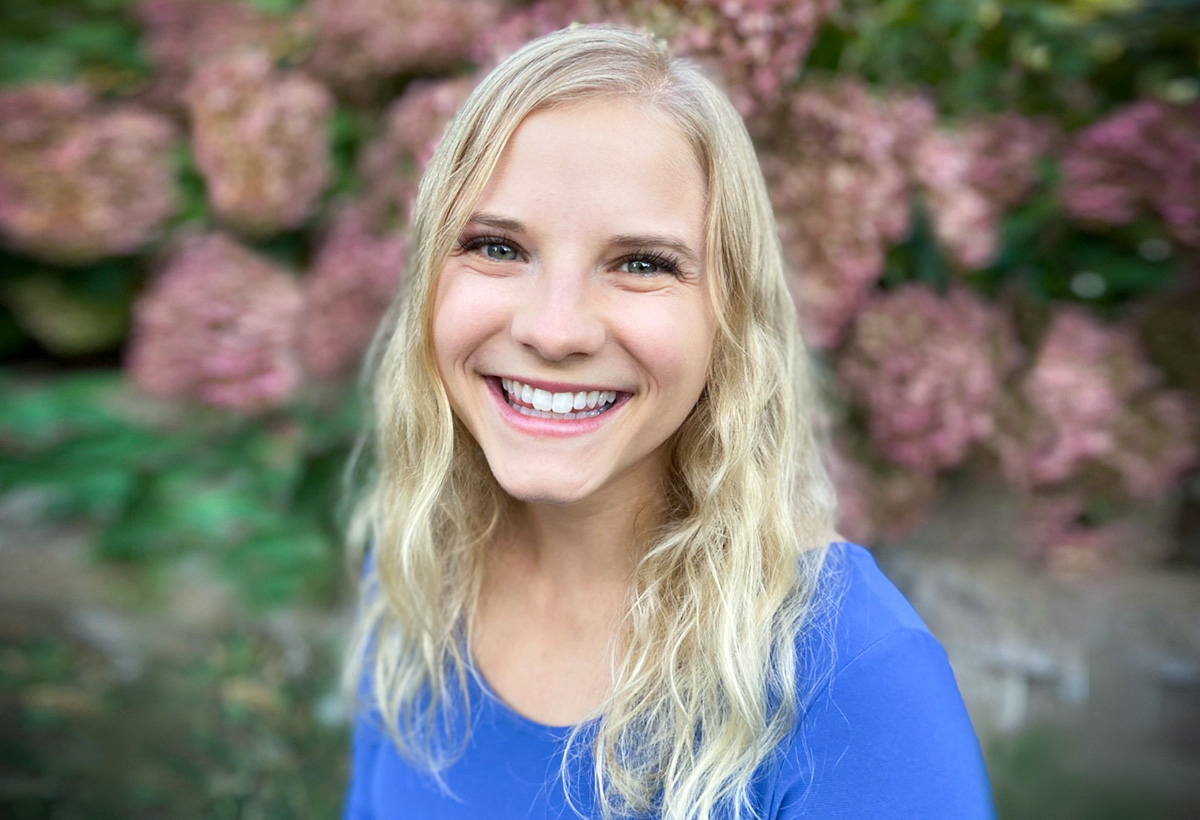 Kaylee Sedersten is a young woman of many talents. She is compassionate, bright, and insightful. God has always utilized Kaylee’s gifts for His glory; as a high school student working in kids’ ministry, a college student in a tight-knit community, as a pediatric nurse, and most recently, as an intern for Citylight’s college group Salt Company. Kaylee grew up knowing Jesus, but she never predicted the capacity He would call her in to serve.

Kaylee grew up in small-town Nebraska where she attended a Lutheran school and went to church regularly. Kaylee knew ofJesus her entire life but lacked a deep relationship with Him when she was younger.

“I learned at school but didn’t really bring it home at all. I never questioned who God was and that He existed. I prayed to Him, memorized scripture, did all the things you’re supposed to do, but that turned into rules and not a relationship. Up until high school I thought that if you just do the right thing and pray to the Lord that good things would happen.”

In high school, a friend invited Kaylee to a non-denominational church service. This was a new experience with a different church culture compared to her Lutheran background. The uniqueness of this community resonated with Kaylee.

“I realized that these people really LOVED Jesus, so I went back every week. I knew something was different. It wasn’t just about duty.”

That summer before her senior year, Kaylee attended a summer camp called Christ in Youth (CIY) where she had another encounter with the life-changing story of the Gospel.

“Everyone was on fire for the Lord, all of these worshipping high school students created this energy you could feel when you walked into the room. That camp was where I watched a documentary called Love Costs Everything which is all about the persecuted church. It wrecked me. I saw my own sin, my selfishness and realized my faith was all about me, what I could do, and my performance. I was using God to get what I wanted without knowing what He did for me and have that grace be the fuel for a relationship. It blew my mind that in the documentary these people were giving up their lives for Christ just like Jesus gave up His life for us.”

After the movie, baptisms were planned later that night. On the way to the tanks, Kaylee overheard other campers discussing how you could be re-baptized as an adult even if you were already baptized as a baby. Kaylee identified this with her story and felt a pull on her heart to get re-baptized. She had a friend hold her stuff and then bravely got into line wearing a t-shirt and shorts with the other swimsuit-clad campers. This would not be the last time Kaylee followed the pull of the Holy Spirit, even if it meant standing out and being unconventional.

After her CIY camp adventures, Kaylee got plugged into her local church back in Grand Island where she worked in the after-school program for children. Soon it was time for college and Kaylee began her next chapter at UNO, and then UNMC for nursing school. Kaylee described her faith in her college years as “strong and growing, but not deep in theology.” Reflecting on that season, Kaylee explained that she had a dependable, close community of believers thanks to her college ministry, but she recognized a lack in equipping. Her time in college was sweet and led her to success as a nurse. 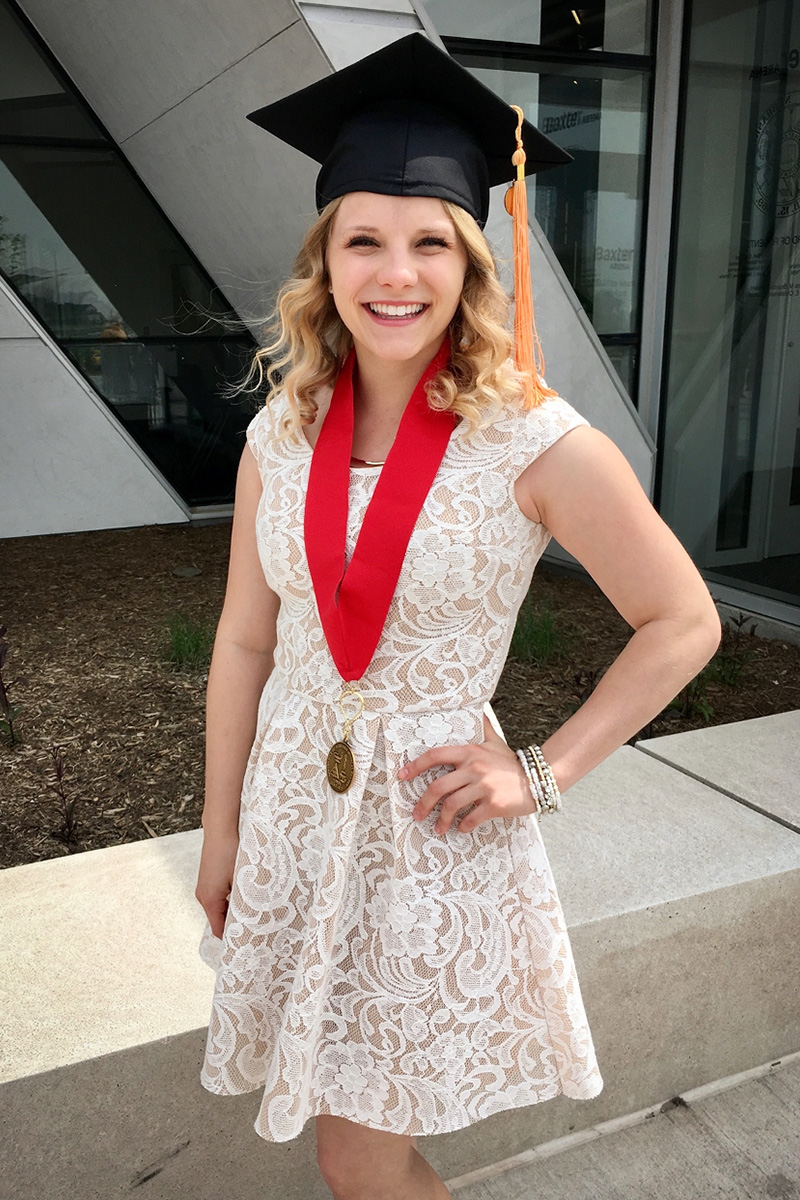 “Being a nurse came from a deep desire to be a mother. Part of it had to do with my love for children and part of it was because I watched a lot of ER growing up. I loved math and science. I never doubted it, I was pretty set on nursing. Pediatrics was always in my heart; I would never do adult care unless the Lord called me to it!”

Being a good nurse was something that felt natural for Kaylee. She worked at a hospital for five and a half years in the NICU, surgery, and various clinics. Through it all, Kaylee noticed a tug on her heart, something uncomfortable growing in the corners of her comfortable life. By worldly standards, she was the standard for success, but Kaylee realized that she had another calling.

“Three months after working in the NICU I was wrestling through several difficult seasons of a break-up, working night shifts, and losing my college community. There was a lot of change during that season, and I was lonely because I was asleep during the day and awake at night when no one else was. I used that time to pursue the Lord and praise God for that! When you can’t sleep and you’re up from midnight to five in the morning you dig into the Word. I walked with the Lord through hard times. I started to question whether nursing was what I was supposed to do. I felt like I was living very comfortably, but not living on mission. When I was in the Word, I thought to myself ‘I never want to be taken away from this.’ I talked with several people in ministry about the field and they told me to pray about it. Four and a half years passed by with that in the back of my mind. God used nursing to orchestrate a lot of my life and I had a role in nursing, but I felt as though I wasn’t meant to do it forever. My life was not fully surrendered to the Lord; it was compartmentalized.”

During this season, Kaylee attended a women’s conference that was given about the persecuted church, which “wrecked” Kaylee just as much as the documentary did in high school years before. Immediately after this conference, she went on vacation with some old friends from college ministry. On this trip she got the chance to listen to a stranger who was deeply hurting and shared the Gospel with them. After that experience, Kaylee knew she was being called into ministry, but she also felt stuck in her job at the hospital.

Six months ago, hospital politics came to a climax, and some issues became more pressing. Kaylee was suspended from work due to a certification technicality and used the mandatory time off to pray. That weekend was Global Partners Sunday where Jon and Rachael were introduced. Kaylee remembers Racheal saying, “If you feel like you’re being called into ministry, don’t ignore that. Ask Him for clarity and He’ll give it to you.” That next week Kaylee got an invitation to apply for an opening with Salt Company. She applied, was interviewed, and was offered a position at Salt. That same day she was called into her manager’s office at her hospital and was offered a management position, which was something Kaylee was always interested in. She had a decision to make. Kaylee made her choice by asking herself, “Is this drawing me nearer to God or farther away? Is this the devil drawing me back into comfort and complacency?” The next morning, she accepted the internship at Citylight. 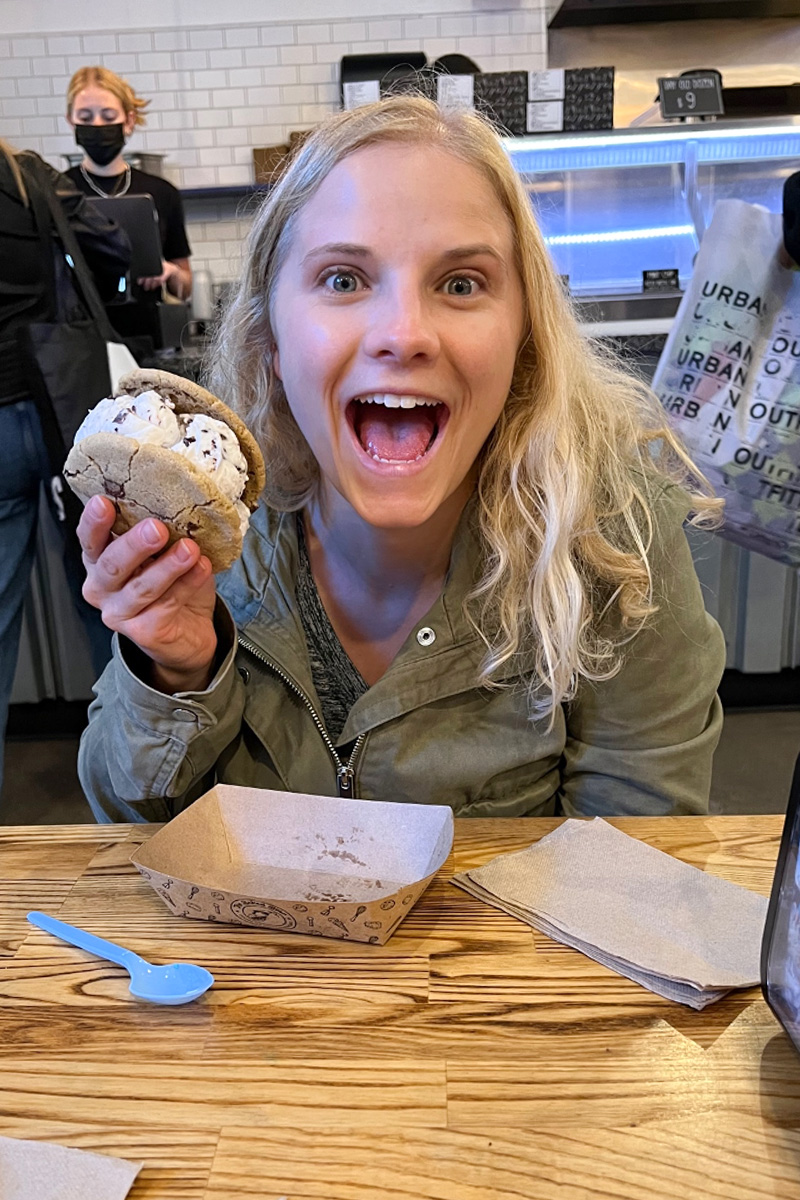 “I have loved every minute of it,” Kaylee shared about her new internship. “I get to brag on what God did. This was all God’s timing. Four and a half years ago I was not in a place to go into ministry, and now I am saying ‘God provided, God pushed me out of nursing.’ It was all the sovereign hand of the Lord. I want to use the wisdom God has given me through my own sin struggles to minister to college students. You think you’re going to go one way in college, but you really have no idea.”

Being an intern or resident at Citylight also comes with its challenges. Arguably the most daunting is support raising. Kaylee took this challenge in stride by not letting any fear of the unknown deter her.

“Coming from someone who had a salary, support raising was different, but I never worried. I knew that this was where God was leading me. From day one, before I had even accepted this position, I had people already offering to support me. This was totally God. Before I even quit at the hospital, I was already one-third supported. And then, I will never get over this...a fellow believer and surgeon brought my support from one-third to two-thirds. I never even asked, he just offered. The orchestration in that is undeniably from the Lord. When I told him I was quitting nursing to go into ministry, I told him I was sad that I wouldn’t be working with him anymore. He told me ‘Our work is not done; it is just being transformed.’ I was fully supported by the last few days of November before starting December 6th.”

Kaylee has been given much wisdom when it comes to vocations. Salt Company will be a perfect fit for her as she guides college students towards listening to the call of the Lord. Kaylee has been in several unique careers in her lifetime already, but she knows that within any role her mission is to share God’s love with the nations.