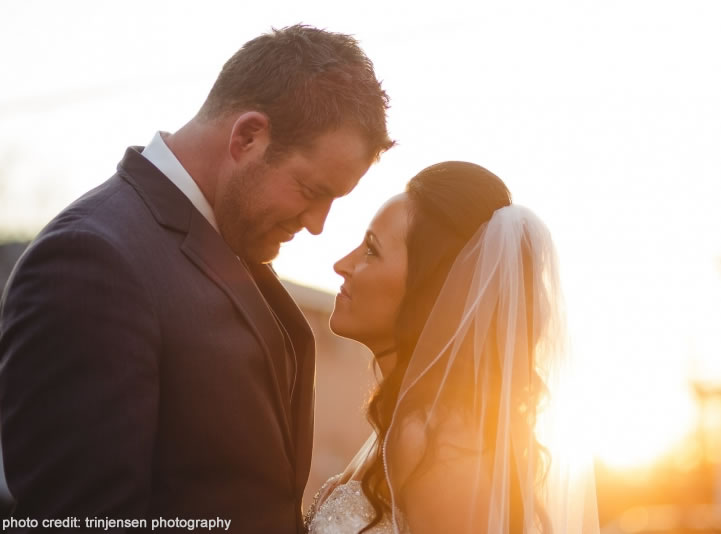 She moved out three days after Christmas.

She waited for him to leave for work, took their 5-month-old son to daycare, then started packing. First her closet. She stuffed the car “dangerously full,” dumping her clothes at her sister’s house. Then she retreated for another load — Baby Beckham’s stuff. Then another load — her bathroom supplies.

Her obsessive compulsive instincts demanded that she label each box, she says, but it was “organized chaos.”

“There were a lot of tears shed that day.”

It was Friday. It was snowing. It was over.

Jake Foutch met Kelly O’Connor 18 months earlier, at Caddyshack, an Omaha bar where she worked. She gave him and his friends a ride home. And the next day, he found her on Facebook. (She jokingly calls it “stalking.”) Their first date was at Kona Grill.

He was a 28-year-old who owned a landscaping business. He grew up in Valley, Neb., and played baseball for three years at UNO — 6-foot-5 left-handed pitchers are hard to find.

She was 26, a dental assistant who grew up in Ralston and earned her certification at Creighton.

That fall, they moved in together. They vacationed in Florida. They conceived a baby. But by the time Beckham arrived in July 2012, Jake and Kelly were already having problems. The baby just made it harder.

“I thought I was doing the right thing at the time,” Jake says. “Working harder, making money and having nice things. In all reality, I was just digging a deeper hole.”

Small annoyances became huge disagreements. Growing up, Jake watched his parents experience rocky times. His dad found an escape in work. Now Jake was doing the same thing. When he and Kelly feuded, rather than fixing the problem, he walked out the door.

“It was the worst time of my life,” she says. “I remember every month, every date, everything. It was awful.”

The first few days, he felt relief. No more fights. But soon the void hit him — “It was like dumping a bucket of cold ice water over your head.” He saw Kelly and Beckham maybe once a week, leaving him hours of time to think: What did I do? Who am I? Who do I want to be?

For the first time in his life, he opened a Bible on his own. He dove into the gospel. He watched sermons on video. He listened to K-LOVE. He stumbled upon Citylight. And about a month after Kelly moved out, he met Chris Hruska at Starbucks.

God had already begun massaging his heart. Answering small prayers. Giving him little doses of joy amid the daily grind. But that morning, for the first time, Jake emptied his guilt to another person. And then to God. Over steaming cups of coffee — “I think we had a couple Ventis,” Jake says — he and Chris prayed and cried and prayed some more.

“That was my turning point. It was like the light bulb went on.”

In February 2013, he invited Kelly to Citylight’s first official service. She was reluctant. She was already invested at Christ Community Church. And they hadn’t done anything publicly since they broke up.

After that Sunday, they starting hanging out more. Breakfast. Dinner. They clicked.

Forgiving him was still hard. Hanging out was still awkward. But she’d been praying, too.

“My heart wanted to give up,” Kelly says. “In every way I wanted to give up. The only reason I didn’t completely give up is because I prayed. I’m like, God, if this is the person I’m supposed to be with, then don’t let me give up.”

That spring, Jake had shown Kelly enough to merit another chance. Only this time they were going to do it right. Separate homes. Sexual purity. More compassion. Better communication. It meant starting over, going backwards in a way. At the end of a typical evening at Jake’s house, Kelly packed up Beckham and returned to her parent’s house.

His friends thought they were crazy. Stupid, even. Chris kept Jake dialed in. Encouraged him when nobody else did.

Even now, Kelly doesn’t like to think about the 2012. Pain resurfaces. Her stomach gets queasy. But she knows they’re different people now. He’s different. Faith in Christ was the only thing that healed them, Jake says.

“There’s no way we could’ve done this on our own.”

He knows their wedding anniversary — Feb. 22, 2014. But he fumbles for the date of last summer’s trip. August…

Kelly interjects — “Aug. 30.” Jake laughs. (He should probably know that.)

He took the day off and they drove to Kansas City. They stayed in the Plaza and spent the morning walking around. Jake kept his hand in his pocket, uncomfortably.

After lunch, they walked up to a fountain and he stopped her. He tried to recite the words he’d memorized. He stuttered, stammered and mangled his speech.

He remembers bawling before he pulled the ring box out of his pocket. And bawling after she said yes.

It was Friday. It was scorching. It was a new beginning.

About the Author: Dirk Chatelain is a lifelong Nebraskan and a sports reporter at the Omaha World-Herald. He and his wife, Andrea, have a 4-year-old, a 1-year-old and a baby due in October. They’re in the market for babysitters.