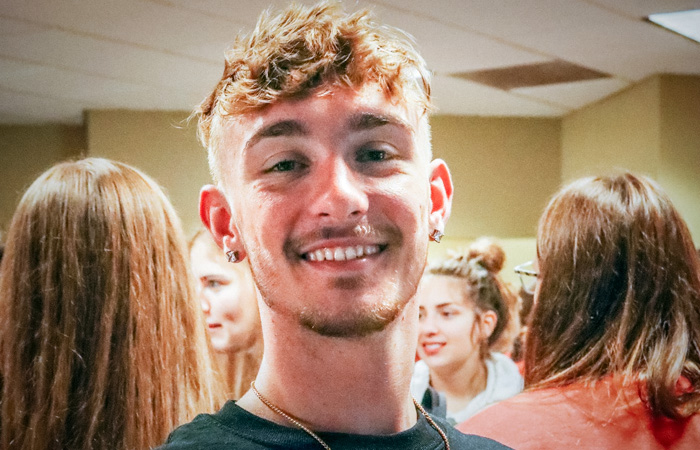 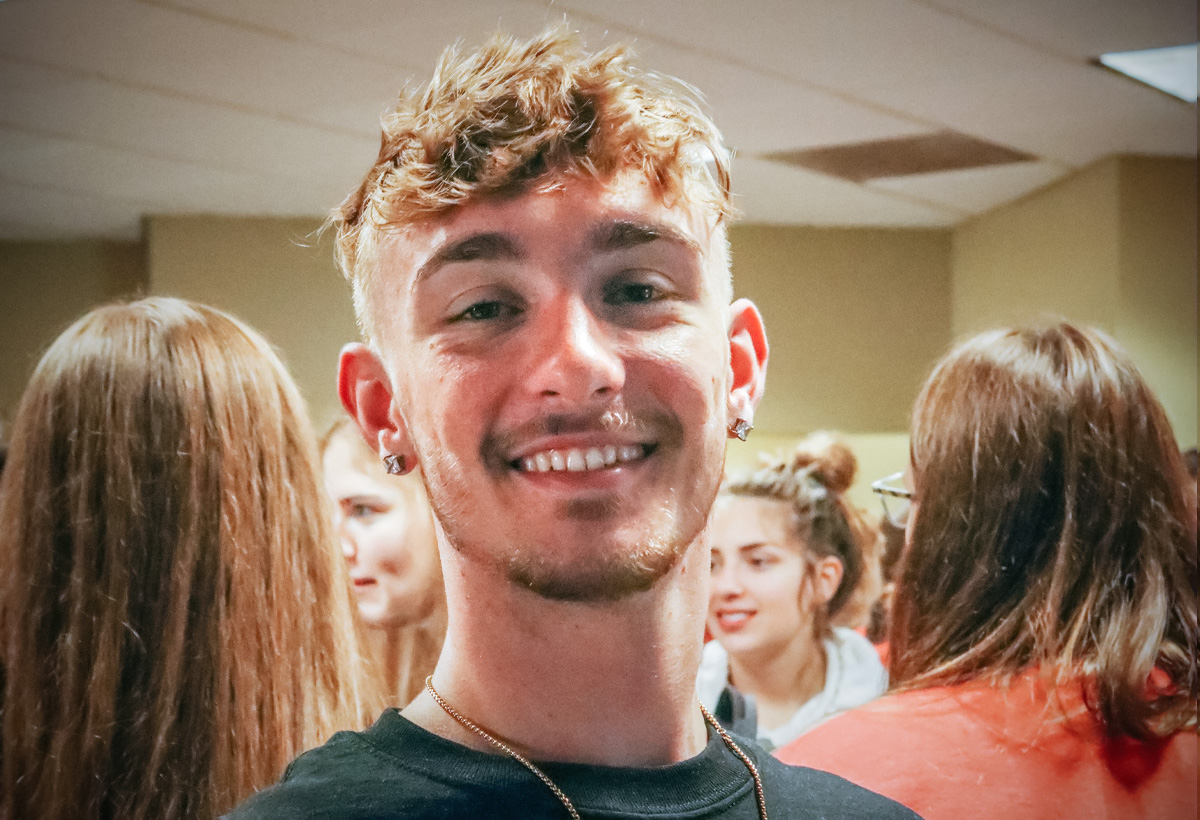 Hunter Blamble has always been a beloved child of God, but there was a time in his life - like there can be for most of us - when he did not believe this in his heart.

“Growing up I had everything materialistically, but I didn’t really have parental affection, so I sought affection from other people. You know when people lie so much, they grow into that lie and then they actually become that lie? That’s what happened to me. I lied for attention.” 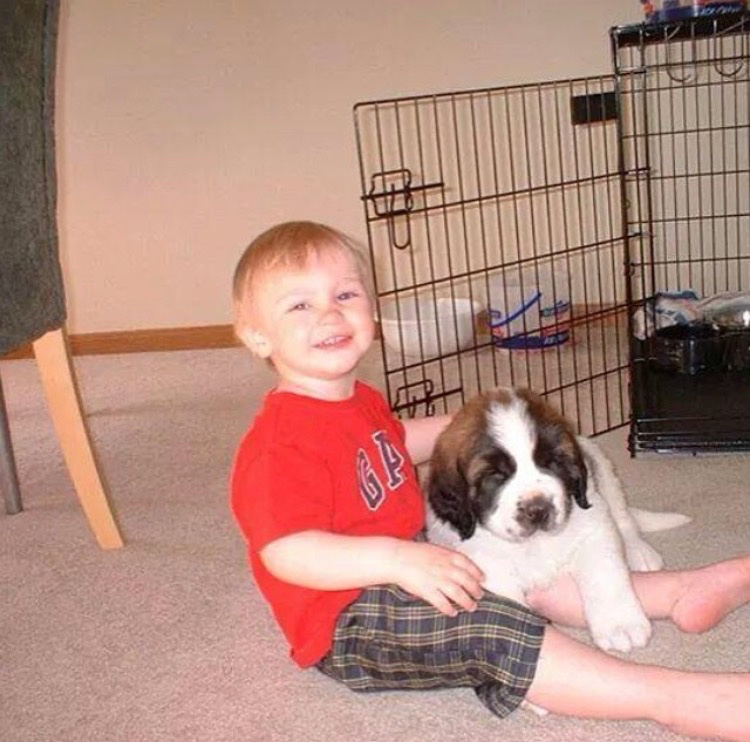 Hunter explained that he always believed in God, but he questioned His existence. This circumstance, combined with a longing to belong led Hunter to adopt habits which created a gap in what he knew to be true in his head and what he felt in his heart. By the age of 13, Hunter was smoking and vaping.

“I was hanging out with older people for acceptance. I was doing stupid stuff in order to feel accepted. High school was when I was deep into my lies- I was on probation for two and a half years. I had a lot of charges against me for breaking into peoples’ cars and for breaking curfew. I never got caught for it, but I was a drug dealer. I have been everywhere, and I know a lot of people, so I had a wide customer base.”

Hunter recalled a turning point in his life when he attended a Christian group at Bellevue Christian Center (BCC). While his original motivation for attending church was the cute girls, God ensured Hunter’s time in a Christian community was not wasted.

“The worst part was, I would get high in the back of the church parking lot and then go inside for youth group. I went to church for the wrong reasons. That is where I met someone who tried to reform my life for Christ. He tried to shape me, asking me ‘have you ever looked up the Gospel? You should dedicate your life to Christ.’ I was young and dumb, and I pushed it off. He is the reason I bought my first Bible.”

This individual was a youth group leader for BCC who helped shape Hunter’s future relationship with God.

“Little does he know that he is the reason I’m a Christian. I woke up Easter Sunday in 2020 and decided to buy a Bible. I went to Walmart and walked up and down the aisles for ten, fifteen minutes and I couldn’t find one. I thought, ‘this must not be for me, God’s not real.’ I have always believed in God, but I’ve always questioned His existence. I was walking out of Walmart when this youth group leader walked in and was like ‘hey, Hunter long time no see, what are you doing here?’ I told him I wanted to buy a Bible but couldn’t find one, and he was like ‘let’s go, I know where they’re at’ and took me to the Bibles. That day, Easter Sunday, was the first time I went sober in 5 years.”

From that point, Hunter began to grow closer to Jesus as his Lord and Savior. He began reading his Bible consistently and praying, asking God to be a part of his life. Like all our stories, Hunter’s faith journey was not perfect and easygoing. Hunter described a season after buying his first Bible when the world began to heavily influence his decisions again. During this time a close friend from high school moved in with Hunter and his family.

“During the time he was living with me I got really far from the Word of God. I became a person who thinks they’re ‘god.’ This friend convinced me to smoke once, which turned into twice, and eventually I was walking down the same path I had once walked away from. This friend eventually moved away, and I opened my Bible for the first time in like 8 months. The first thing I saw was a highlighted verse that said, ‘stop worshipping false prophets’ and I was like ‘all righty, let’s hop back on the train,’ so I started seeking out churches online. Eventually I found Citylight’s website, and then Salt Company. I went to the Fall Kickoff for Salt Company this year, and it really felt like home. I met a lot of great people at Citylight. I love Citylight.”

What Hunter found at Salt Company was a City Group of young men like himself who were genuine and vulnerable with confessing their sin to one another. 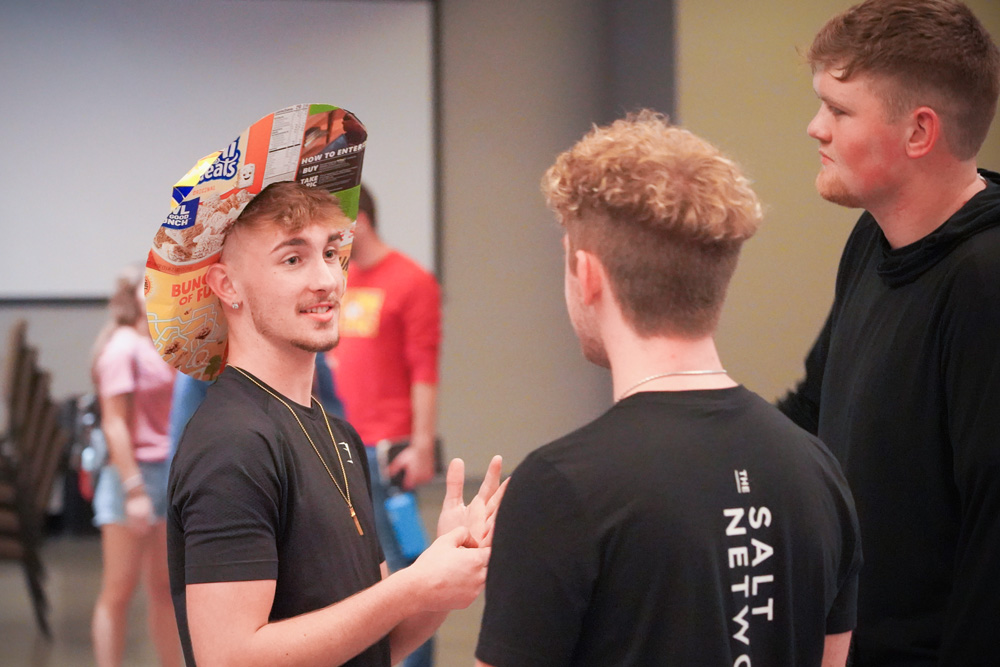 “I’ve never had true Christian friends who hold me accountable for my actions. I felt like an outcast at first. I made myself feel like an outcast because they were all telling me how they grew up in the church I was like ‘I was a druggie.’ They told me how happy they were for me, that I changed my life for the better and how I was no different than any of them. They made me feel accepted. They are really good at emphasizing that no sin is greater than the other, and they gave me scripture to back that up. I am so happy I found a place where I can be accepted like that.” 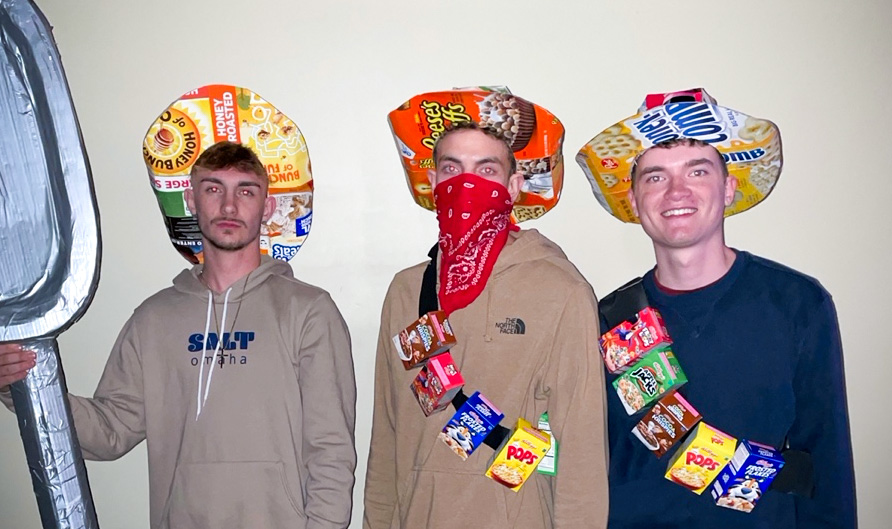 Today, Hunter is attending Bellevue University, works hard at his part-time job, and plans to go into the nutrition and physical fitness field. Hunter tries every day to be aware of God’s holiness and His role as not only as Savior but Lord over his life. Hunter is actively involved in his City Group and shares how the Gospel changed him with almost everyone he meets, including his old friends from high school. If there was one thing Hunter could tell his past self, it would be to find his identity in Jesus, and not of things of this world.

“I would tell myself to stop seeking acceptance from other people. Your identity is in Christ! The younger me probably would have been like ‘who’s Christ?’ Now I feel like God is asking me, ‘How can you use your story to save others?’ He for sure saved me from all my wicked ways.”

As Hunter reflects on his story, he is aware of the difficult times, the times when he put idols before God in his heart or believed lies about his permanent status as a fully redeemed child of God. He also notes the joy he feels when he thinks about how God never left his side.

“I walked away from God. God doesn’t leave you; He is always there. If you seek Him, you’ll find Him. God is always knocking on the door. He isn’t going to barge in, it’s your choice to open the door or not.”