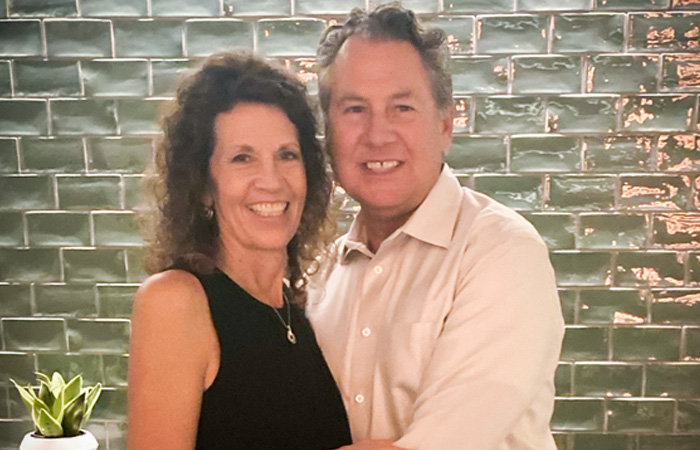 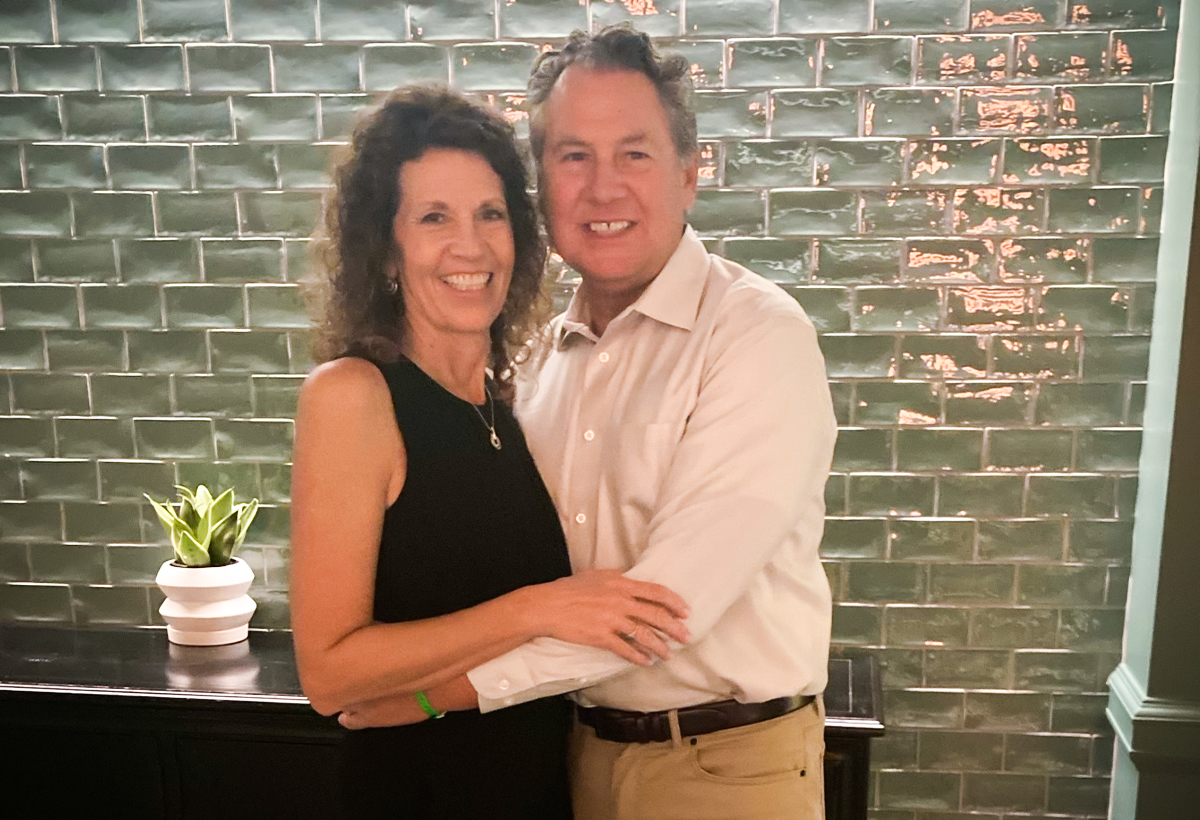 Growing up in an Air Force family was not always easy for Melanie Gahan. As a young girl she had to move often which meant saying good-bye to friends and homes and comfort. However, now, looking back, Melanie is thankful. She can identify gifts and opportunities that evolved from this season of life. One is the gift of seeing a glimpse of the world and all its cultures. Another is the perspective of what it is like living in a country as the foreigner and the struggles of not being able to speak the language and being the vulnerable. Today, these gifts are what has enabled Melanie to help lead and serve the Afghan Resettlement outreach at Citylight.

“In middle school I lived in Turkey for two years,” Melanie shared. “Having lived and grown up overseas gave me an awareness of people. I’m someone who doesn’t like the silos that we live in and how we are around people who act, believe, and talk like us. I have the tendency to want to get to know people instead of building up walls around me because of the differences and unknowns.”

Several years ago when Melanie helped with Citylight’s Yates coat drive, she was able to engage with refugees. She also started volunteering directly for Yates and the first year there, she befriended a woman from Iran. All of the women from Iran and Syria wore full head coverings.

“I was talking to her one day and she was showing me a picture of what she cooks and scrolling through her phone showing me her family,” Melanie described, “I saw one picture of a woman standing in front of a refrigerator and I asked her who that was and she said, ‘that’s me.’ That’s when it hit me. She’s just like me. She’s cooking for her family and loving and caring for her husband. We have more in common than differences.”

This new understanding made Melanie more aware of cultural differences but the root of it all was more similarities. Volunteering at Yates became a beautiful picture of a melting pot of cultures and people and it gave Melanie a vision of what the U.S. looked like 150 years ago. While serving at Yates, Melanie saw women from Africa and South Asia doing life and engaging with one another. Melanie knew she was missing out on something big by not having those kinds of relationships. From then on, she wasn’t going to keep her distance.

“At Yates I met a woman named Reyhanna. We became friends and I started to go over to her house during COVID to help with her new baby. She knew from our conversations that I was a part of a church and a bible study,” Melanie began to share. “Reyhanna is Afghani and has access to other Afghan families in Omaha. Reyhanna had recently met another Afghan family and asked if the church could help them. I got so excited about this because she saw how the church helps people and steps into things.” 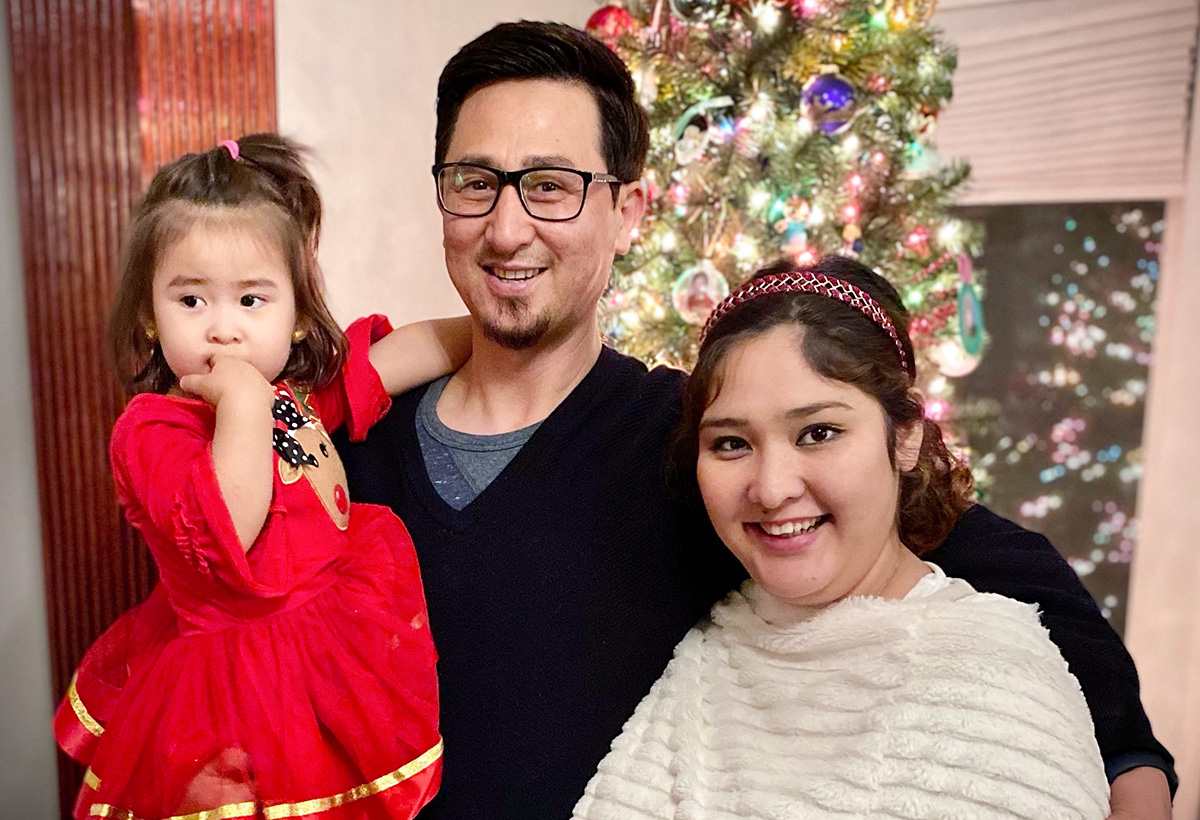 Around that time, Melanie and her husband went to an open house in their neighborhood, considering a possible investment but not knowing what that would look like. After viewing it they put an offer on it the same day and within 12 hours of doing that, she and her husband came to the conclusion that they would rent it to an Afghan family through a local refugee organization.

“After the closing, we went to our City Group and told them we bought a house,” Melanie began to describe, “and asked the group if this could be our ‘out’. If we could come together and ‘set up’ this house with furniture and items to make it a home. They all said ‘yes.’”

Shortly after this, Citylight hosted a meeting to address the needs of Afghan families resettling in Omaha. Melanie met with leadership and gave them a glimpse of what she and her city group were doing. They told Melanie that they just had a conversation on the Afghan resettling in Omaha and ‘can we have a goal of doing ten homes?’ Melanie got so excited with this new and bold goal she offered to help coordinate by leading logistics. What became an ‘out’ for one city group grew to many more opportunities for others to help local Afghan families.

“This has been an amazing space for the church to get involved with” said Melanie with a look of joy. “Resettling a family sounds so overwhelming but the way the team broke down the roles allowed so many people to engage and to get involved. I also loved how it brought an awareness to the need, and the people showing up at the info meeting, even if they didn’t do anything else, received information and knowledge on these families and about resettlement. It’s been a big win!”

Citylight created a system that consisted of numerous teams and jobs to cover the ten families. Each team had a logistics person. Each logistics person was willing to be the main contact for each home. Melanie didn’t know any of these people at first but soon got to know each of them and called them friends as they began to serve alongside one another.

“According to the needs on each list, I would contact the logistics person and they would take it from there,” Melanie spoke intently. “The turn-around time typically was three days and that quick time did make it difficult and became a learning experience for us all.”

But God. Through chaos God brought incredible opportunities for people to see His provision. For instance, one of the needs was for four families moving into a four-plex by Midtown. Each of those teams that stepped in for each family were from Midtown. By serving alongside one another it then created a closer connection and bond within their city group. Another story was about a team who was setting up an apartment in another building for an Afghan family. The team met a person who lived next door to the apartment. After some conversation, they found out the neighbor was in the military and was a translator and spoke the particular dialect the Afghan family spoke!

“Only God,” Melanie said emphatically. “It just worked out and putting all these things together, I can only explain it as God. People from each city group, helping one another, and how they came together. You really saw the work of the Church.”

Melanie described over and over how incredible these teams were and all the times the church came together to serve the vulnerable. Families, little kids, and people from all walks of life coming together and making sacrifices. People driving a truck all across town and always at the last minute. Every person not only stepped in with the work of setting up a house for an Afghan family, but in some cases, teams were also able to engage with the family.

“As you moved families in, some of the teams were able to engage with each family,” Melanie shared. “Sometimes the families would share with you and sometimes they didn’t. The goal was to engage with the person and not see them as a project. They are people whose lives have been completely disrupted and we were there to reflect Christ.”

The Afghan Resettlement outreach at Citylight didn’t just furnish a house, they created homes. Much care was taken with identifying and providing for each family’s needs. Each team didn’t do the minimum but instead made it personal and in doing this, it gave dignity to the people in transition. There was also an opportunity to learn how to do it better as families were added, but it was still done well. Each family was shown honor and the people from our church brought a tenderness along with items.

Looking back, Melanie was reminded of a question that someone asked her during one particular home set-up. She was asked ‘why do you do what you do?’ Melanie didn’t have to think long and spoke these words.

“It’s because of Jesus. With Jesus that is how I have my relationship with God, and in that, God’s love for me is poured out through Jesus. So as I am living and experiencing God’s love like this, that is how I desire to show His love towards other people. In Christianity anyone who believes in Jesus they have as much as a connection to God and they don’t have to earn a better position with God. It’s the same for all believers. You don’t earn your place in heaven based on your own merits.”

Sharing this truth has become a great opportunity in conversations for Melanie and hopefully with other teams.

“I have been blessed by seeing other’s engagement and ownership,” Melanie described. “The Church coming together and hearing people’s stories. God has things for us to do for Him; we just need to step into our gifts and strengths and serve the Body. We notice that oftentimes it is outside the church where God has something for us to step into. We of course need to be ‘in’ our community, but He does have more for us, for His glory, outside the church with our ‘out.’”

Looking ahead, there is still an opportunity to serve Afghan families who are resettling in our city and Citylight will continue to support the needed items. Melanie will continue serving as long as there is a need. Melanie will be ready. God gave her a heart for this.