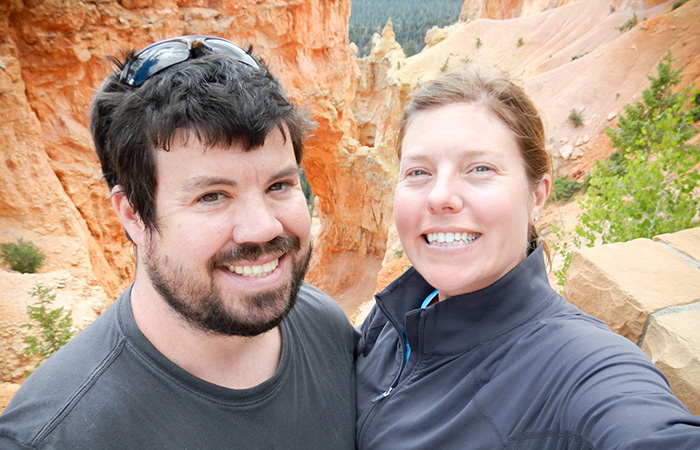 Anyone who has known Ryan and Michele Shank would have no doubt that they would make great parents. The outgoing couple have been active at Citylight almost from its inception, leading by serving in numerous ways. It was easy to envision the couple providing an incredibly loving and caring Christian home, supported by a large and strong network of close family and friends nearby, so it was hard to understand when children didn’t come.

The Shanks prayed that the Lord would grant them children, and they waited. They waited, they hoped, they prayed, and they waited some more. It was difficult. Years passed. Their hearts ached for children. They struggled to understand God’s plan.

“When you know that God loves you and you want something so badly, you question when it doesn’t happen,” Ryan says.“When you have your own plan, it is hard to let go. When God has another plan, it is sometimes hard to swallow.”

The Shanks got through those hard days of pain, anger and doubt by reminding each other that His will is perfect, even when they couldn’t understand what was going on. Nevertheless, they came to a point of understanding that His plan was different than what they had envisioned.

They began to explore adoption, both domestically and internationally, as well as foster care. Quite a few friends who had adopted provided great support. They shared their heartache about not being able to conceive. They grieved with them, but they also were encouraging, showing them that adoption was beautiful and it was God’s plan for them and the creation of their families.

“If someone is trying to pursue adoption, it is good to talk to someone who has gone through the process,” Ryan says. “Its hard to see the light at the end of the tunnel when you are in it. It is nice to have other members of Christ help support you through it.”

The process wasn’t easy and it was a lot of work, but it seemed that God was moving them closer to a child. They prepared the required legal documents, gathered the necessary fingerprints, hosted home visits from a social worker, and made a substantial financial commitment. After ten months of working through the process, they were able to submit their dossier to China. Based on the Shanks’ profile and the children who were becoming eligible for adoption, their match would most likely have been a boy who was two to three years old. It would take about one to three months to match and after the match was accepted by China, they would be able to travel to China after another four to six months.
After three months, they were informed that the number of available children had slowed and it could take up to five months to receive a match. After five months, they were informed it would take up to seven months.

The delays were frustrating. After all these years, they seemed so close. As other families matched and received children, the Shanks eventually came to near the top of the list, with few others ahead of them in the queue. They were growing weary but they knew they had to be close. They clung to the vision of the family they would become and had waited for so long. Then God threw them a curve-ball from out of the blue: Not an international adoption, but a domestic one. Not a boy, but a girl. Not a toddler, but a newborn baby.
“We were on this path with China, but God was saying, just trust Me,” Michele said.

A family friend knew an expectant mother who wanted to place her child with a couple through a private adoption when born. She knew the Shanks were exploring adoption and asked if they might be interested. Is this what God wanted? After all this time, the China adoption seemed so certain and so close. They had invested so much in the international adoption mentally, emotionally and financially. They couldn’t do both at the same time, due to their international adoption agency’s policy. To attempt the domestic adoption, they would have to complete the paperwork for a domestic adoption, as their international adoption paperwork could not be used. That meant that they had seven short weeks to take parenting classes, complete a domestic home study, get new fingerprints, and prepare an entirely new set of legal documents. It hardly seemed possible, and there was no guarantee that the domestic adoption would even happen, even after they took the newborn home from the hospital.

Nebraska law requires a birthmother to wait two days after birth to relinquish her rights. What’s more, under state law, if the biological father refuses to relinquish his rights, then he has a grace period of five business days after birth to request custody of the child. Should they abandon their plans for the China adoption only for the chance of disappointment yet again?

Nevertheless, when they prayed for direction, God gave the Shanks an incredible sense of peace. He took a huge weight off their shoulders and much of the stress and uncertainty seemed to melt away. They felt that God was telling them that He was in control and this was His plan for them. They eventually discovered that the international adoption agency would allow them to put their application on hold, allowing them to come back to it if the domestic adoption didn’t work out. Even if it did, they could come back to the process in a few years to adopt another child without losing the work they invested.

“We get impatient,” Michele says. “Sometimes when you are waiting, you don’t see the big picture. But in retrospect, God’s timing is perfect. The whole process was all about learning to trust in Him.”

“We had a lot of years of just hard waiting. Then we got this surprise. It was a gift of this incredible child. God is faithful. It might not be what you envision, and it might not be on your time-line, but He has a plan. We just have to learn to trust Him for it.”

The Shanks brought home a baby girl in February 2017, and the adoption went through without complications. Rose Marie Shank is home.

Since the interview for this story, the Shanks have resumed their application to adopt from China. They are excited about the possibility of adopting a second child, whether from China or from within the U.S. For other couples considering adoption, they advise getting the word out and telling friends and family about your openness to adopt. Adoption is something to be proud of. Private adoptions are often less complicated, and God may be able to use your network to work a miracle.