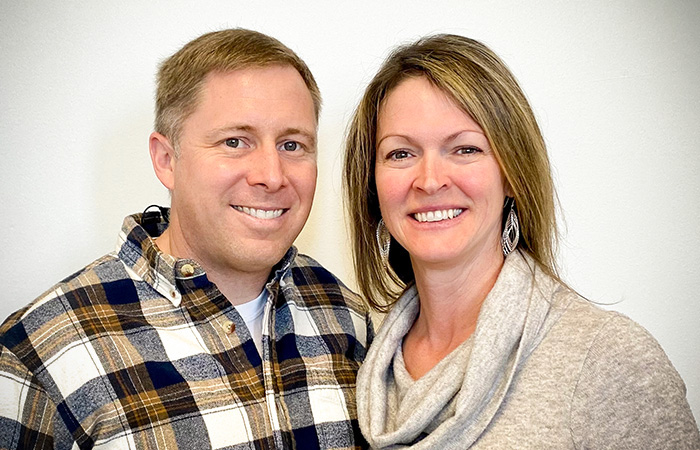 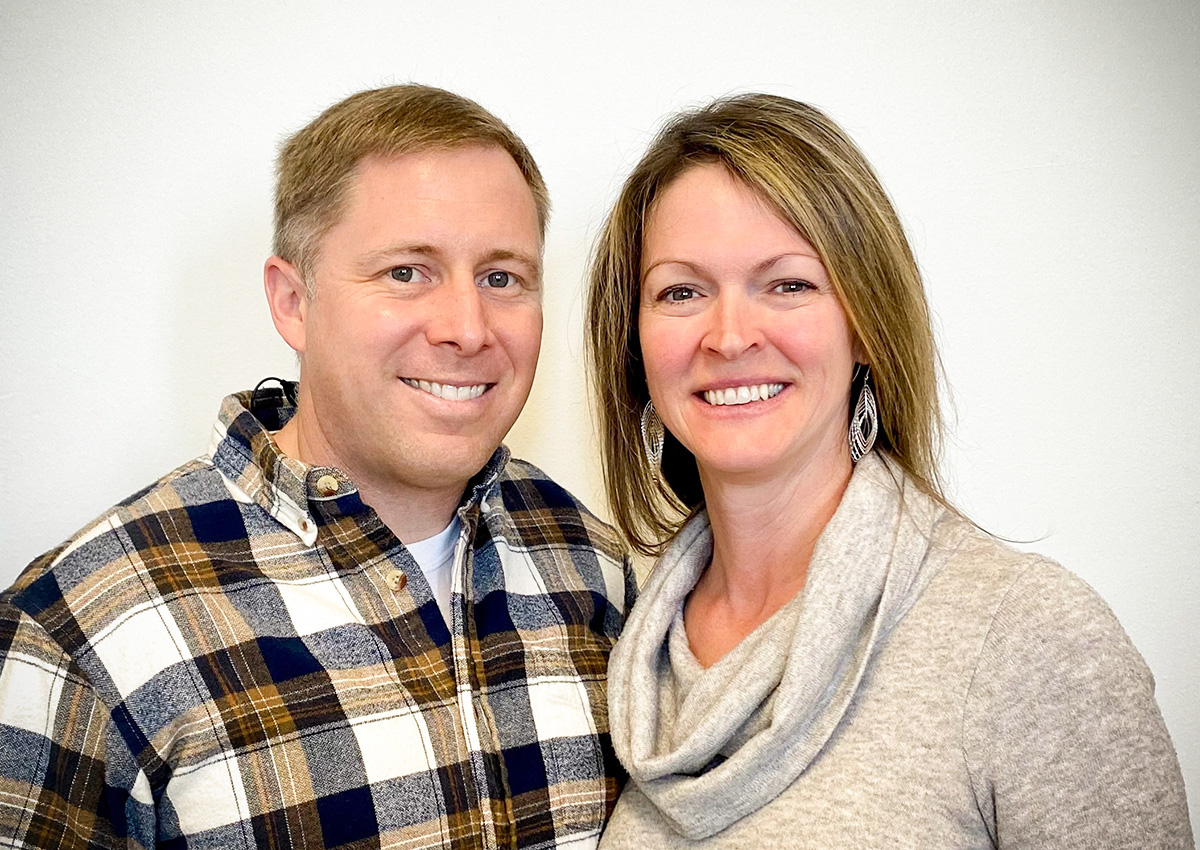 For most women, the dream of having their own child begins very young. The feelings and thoughts of caring and nurturing and raising a child is part of the heart of most women. You just know that being a parent will be your future. This was the same for Shannon Harrington. She wanted to be a mom.

When Shannon and her husband Keeley married, they decided in the beginning that children would be a big part of their life. Considering they married in their thirties, they started trying right away. The first year of marriage passed quickly, but the next year brought some uncertainty. After the second year, they sought medical answers. Weeks turned to months through doctor appointments and testing for both Keeley and Shannon. One final appointment confirmed the test results. Shannon’s hormone levels were not conducive to pregnancy even with the help of medical treatments. It would not be possible for Keeley and Shannon to have a baby.

“I believe in miracles,” Shannon told the doctor. “I will be a mom whether I birth a child or adopt a child.”

A phone call to both sets of parents to tell them the news happened soon after the doctor visit. There were lots of tears. Shannon and Keeley agreed,

"We have to have a different attitude. We must surrender everything to the Lord.”

Shannon and Keeley battled disappointment, but they realized they had no choice other than surrendering to God's will--they knew that they were called to be parents. They would continue to try to have a baby, but they would also start pursuing adoption. Although the probability of success was small, and the doctor telling them, "it's not a nice drug," Keeley and Shannon tried an infertility treatment.  Shannon's hormone levels never changed.

Soon after, they attended an adoption seminar, looked at all the pamphlets, and prayed constantly. The question now was what agency to go through and if international or domestic?

“We continued to pray for the Lord’s will,” shared Shannon. “Keeley and I weren’t sure. As a military family it’s hard to start a domestic adoption and if you move, you lose everything.”

Also, during this season, it seemed like everyone in Shannon and Keeley’s world was having babies and getting pregnant.

“When we found out our friends were getting pregnant, we cried quiet tears, but we were joyful for them,” shared Shannon. “If I couldn't have kids, I wanted my friends to have kids.”

One evening about two and half years after they had started this journey together, Keeley and Shannon were standing at their kitchen counter covered with adoption pamphlets and paperwork. Shannon shared to Keeley that she felt exhausted and sick. Keeley asked Shannon,

“Do you think you are pregnant?”

“No” and “I don’t know" were all answers they both were saying out loud to one another. They ran to a kitchen cabinet and grabbed a pregnancy test. A pregnancy test that had always led them to disappoint so many times before. A few minutes later, they found themselves holding a stick in their hands with a bold positive sign!

Both of them did not want to get excited. There was too much possibility of more disappointment considering the journey they’d been on so far.

A few days later though, after ordering blood work, Shannon was back at the doctor’s sitting in the office to hear the results. The doctor came in, sat down, and with hesitance said, "There’s no medical explanation for this, but you are pregnant!”.

“Praise the Lord!” was all Shannon could say. “It’s a miracle!”

And so, another journey began. Shannon and Keeley carried a burden to pray daily. They held hands together and prayed over the baby and read Bible verses.

“We prayed for health and that the Lord would use this child for His service,” Shannon conveyed.

It was not an easy pregnancy, but gratefulness made it worthwhile. Shannon was sick for 39 straight weeks, unable to keep food down, and struggling to gain weight. Keeley was also deployed. The doctors continued to watch Shannon closely, and tests were ordered throughout the pregnancy. Each time the tests would show Shannon’s hormone levels barely changing as the pregnancy progressed continuing to leave her doctor in disbelief. Each time Shannon would remind her doctor that God was in control.

At eight months, Shannon went to the emergency room for the third time for fluids and was ordered on bed rest. The doctor called Keeley's commander to get him released early from his deployment. Keeley was home within 48 hours to care for Shannon. At week 41, Caleb was born and completely healthy.

Keeley and Shannon were fully content with their new family and the miracle that God had worked in their lives, giving God the glory. Continuing to grow their family was not a consideration after the trial they had undergone. However, God was continuing to work His miraculous plan.

Eight months later, Keeley and Shannon after a visit from Keeley's parents, Shannon remarked about her tiredness. Joking, Keeley asked if she was pregnant. Completely unprepared and never expecting to need one, Keeley and Shannon ran to the store to get a pregnancy test. Quickly they came back and took the test…it was positive!

The next morning at the doctor’s office, the doctor again in utter disbelief, confirmed the pregnancy. Keeley and Shannon used that moment as an opportunity to share their belief to the doctor.

“I told her I believe in miracles and that we were not in control but rather God was,” Shannon exclaimed. “I told her that God could go beyond what medicine showed.”

“My response to the doctor almost shocked her and that’s okay.”

Baby Sophia was born at full term after another difficult pregnancy.

“We don’t know why God said ‘yes’ to us,” revealed Shannon, “but we know that when we were walking through that trial, we just kept our eyes on Him. It’s the only thing that made it bearable.” 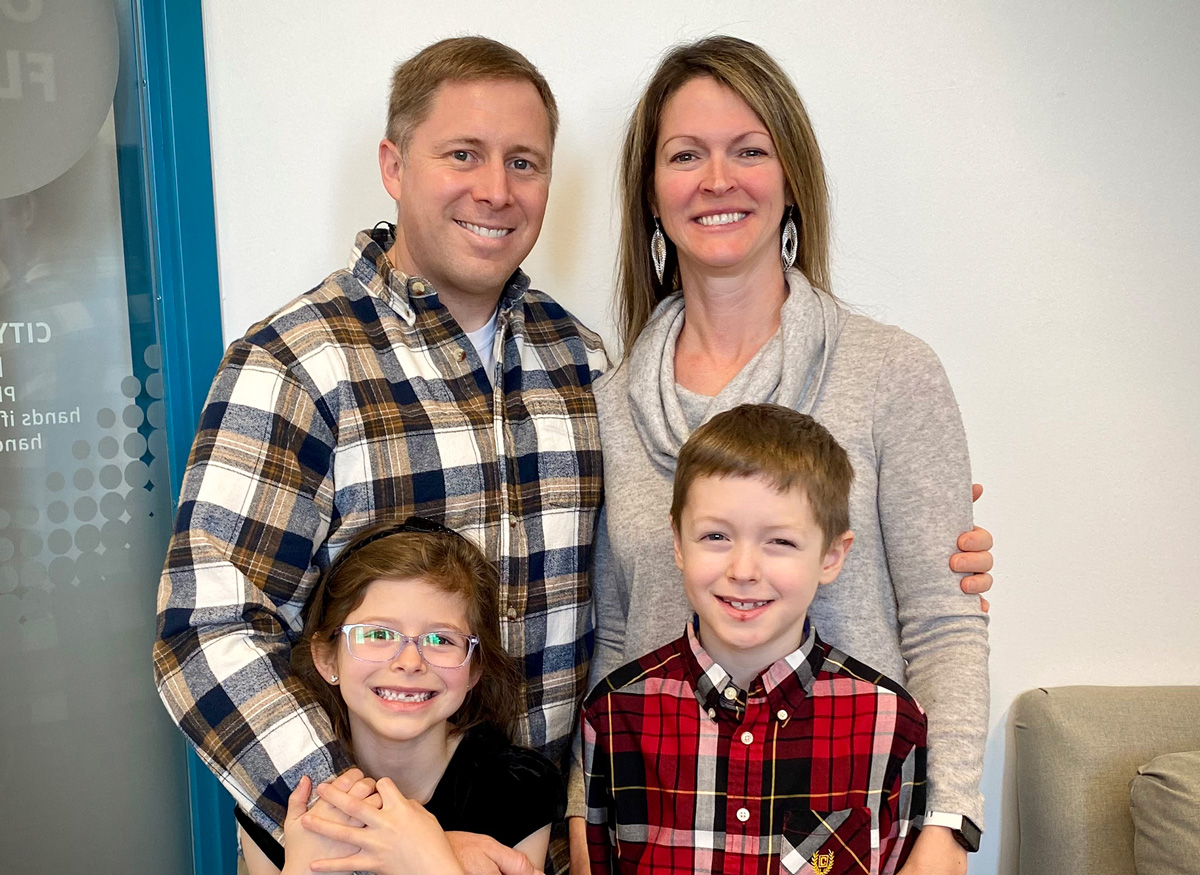 God showed them through infertility and high-risk pregnancies to not put their faith in anything other than Him.

“It was a good reminder of His sovereignty,” described Keeley. “What man deems impossible is not impossible for God.”

God also provided Keeley and Shannon in this journey an occasion to strengthen their marriage.

“During suffering, we were given a chance to encourage one another,” Keeley spoke with gratefulness as he turned to Shannon, taking her hand into his.

“God allowed us to not have those down moments at the same time,” explained Shannon.

Keeley and Shannon are sensitive and recognize not every story turns out like theirs. They understand this struggle intimately and offer these words to the couple who is experiencing infertility, a high-risk pregnancy, or who is walking towards adoption:

“Stay faithful. Encourage each other and care for each other as a couple. Try not to be discouraged by your particular season.”

“We surrendered to God’s will regardless of adoption or birth. We boldly asked the Lord "what is your plan for us?". In surrendering control to Him, we were given a profound understanding that God is always with us especially during the hard times.”

Today, Shannon and Keeley know their family is not complete. They are waiting on the Holy Spirit to reveal when they should start the adoption process.

“We are all adopted children,” shared Keeley. “Adoption is honoring to God because that is what He has done for all of us through Christ.”

The story above is not necessarily about the gift of a child in a life of infertility, even though that is something to celebrate greatly, but rather the story is about surrendering to Christ in all circumstances. As Shannon shared, in surrendering it all to Christ in heart and prayer, she and Keeley were given hope and joy. Especially during the days that the tests, the doctors, and the dream pointed to disappointment and loss. May I gently encourage you, my brother or sister in Christ, to come before our loving God and surrender it all. You are not alone. You are loved. And there is hope…especially when you don’t feel it.