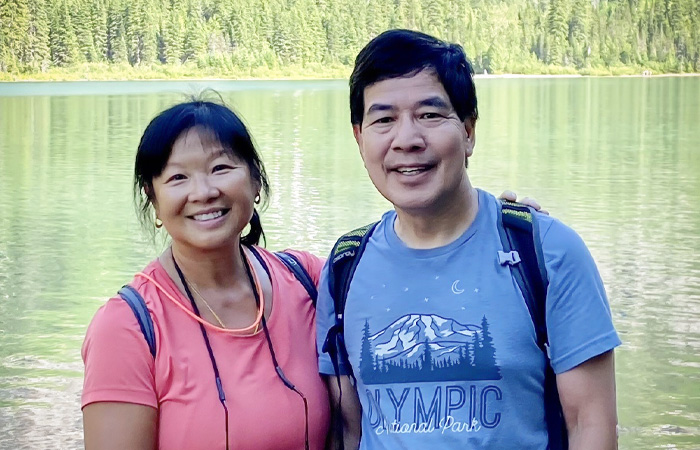 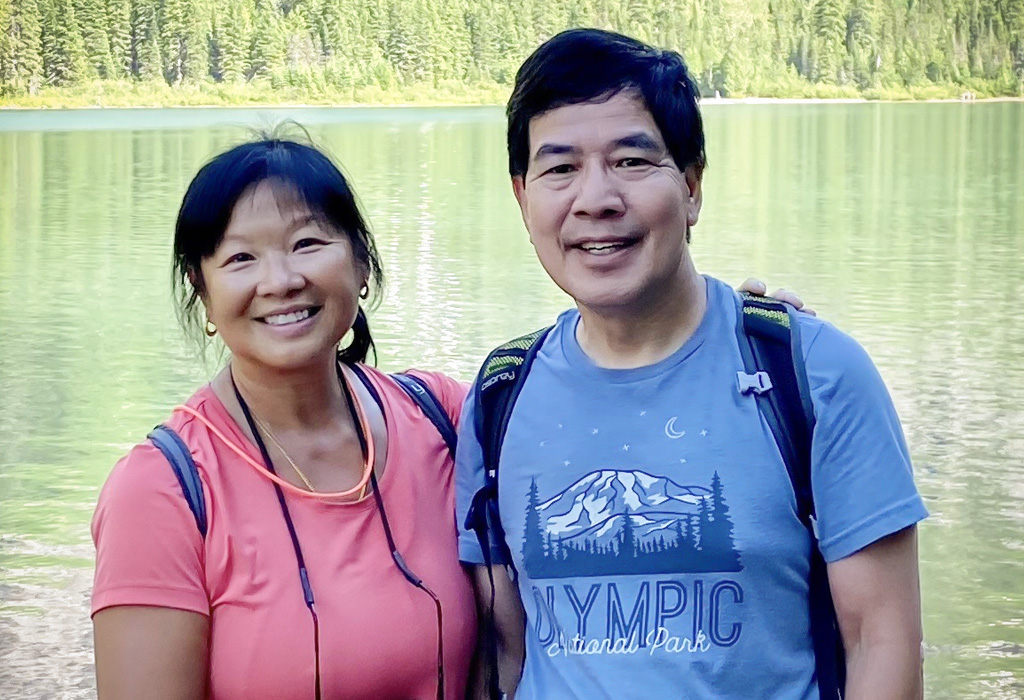 Esther Yee knew her husband Gary was going to make it. They both did. Even when his life seemed to be fading away from Covid, their confidence was not in their circumstance but in the goodness of God and what He was confirming to them in prayer. God’s goodness had been a constant throughout their family and in Esther’s life.

“God didn’t leave me then and never leaves me now,” Esther shared with certainty. “When I was in the hospital, God met me where I was. His presence and His Word were there. We were reading it and God sustained me. It is the Truth. It is the promises that you get to keep on repeating over and over. It’s good to know and be reminded of it. God is good. It makes me ask everyday “Lord, what is your will for me?”

Over the course of his battle, Gary ended up being in the hospital for 31 days and lost 35 pounds. He was so weak. He couldn’t feed himself or walk. When he came home they put his bed in the living room of the first floor of their house so he wouldn’t have to take stairs. He enrolled in a rehab program that required him to go to the hospital for physical therapy three times per week. For a couple who hiked mountains, travelled together to the ends of the earth, and were used to a ‘full life’ and being in control, this was a humbling time. It was hard.

“We both just prayed. I was always praying and doing devotionals,” Esther described those first six months when Gary was back at home. “I cooked for him, walked him to the bathroom, wheeled him around everywhere and to every appointment. I was his personal trainer for him to get stronger and to push him.”

Esther knew early on with Gary’s battle that she couldn’t do it all on her own either. There had been countless phone calls and texts of prayer and scripture, progress reports and prayer requests emailed out, and many visits and meals from people who rallied behind them. Reflecting back on this, Esther described it as another sign of God’s goodness. 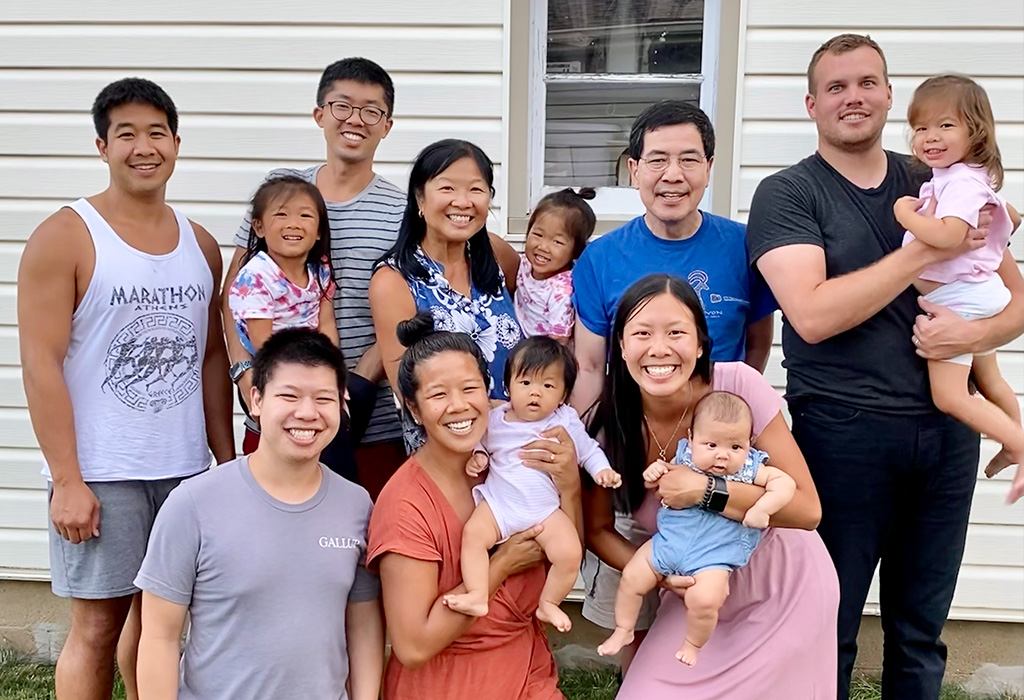 “We have believed in and have experienced firsthand the power of prayer,” Esther spoke with confidence. “We had people rallying around me and being a connector, I like to connect people together and rally around them. It’s important to have friends and a community to encourage you.”

Since being released last fall from the hospital, Gary has been getting stronger and can perform most daily activities on his own. Esther gets out more and has returned to most of her schedule and commitments. Gary is still on oxygen and they are praying for a complete recovery. In all of this, they have both been humbled. Esther has had lots of time to reflect on her life as she sat countless hours at home and in the car. She has had time to consider the hardships throughout her life but also all the gifts of grace God has given.

For instance, there was a gift of grace when Esther was invited by her sister to a Billy Graham crusade when Esther was in eighth grade. The third night of the crusade there was an alter call and she heard an almost audible voice inviting her to ‘come.’ Esther walked down the stadium stairs and in front of 76,000 people she gave her life to Jesus.

Another gift of goodness was when one of Esther and Gary’s children was diagnosed with CP. In the midst of fear and uncertainty, her faith grew as she had to rely on the Lord.

“If you are going through a hard season,” Esther declared, “we must remember His goodness and faithfulness. Read His word, surround yourself with life givers and encouragers. People who will sit and be with you. Memorize scripture such as Proverbs 3:5-6. This verse I lean on all of the time. Others are 2 Corinthians 4:14-16, Hebrews 12:1, and Ephesians 6 with putting the whole armor of God on. Satan wants to deceive and discourage you especially in hard seasons. Lean in God’s Word.”

God is faithful and always good. He is steadfast and He can be trusted. Especially in hard times and hard times are a fact of life. Hardships that have been as recent as last month Gary lost his mom, Esther’s sister lost her husband and Esther’s brother-in- law walking through a hard and long battle with ALS. In the midst of it all, Esther continues to say,

“God is still good. We can look to eternity. Even my brother-in-law with ALS understands this and he praises God. He can barely function but he can still praise God. So can I and everyone.”

God never leaves us and Esther has seen this ever since accepting Jesus as her Savior.

“I feel His presence all of the time,” said Esther. “When you go through hardships, you get closer to God. You either grow closer or go away from and I am a testimony of that. I have to tell people my story. I am a witness. I thank God Gary is alive and we have a story to tell. A lot of my friends use my story to tell others of God’s goodness.” 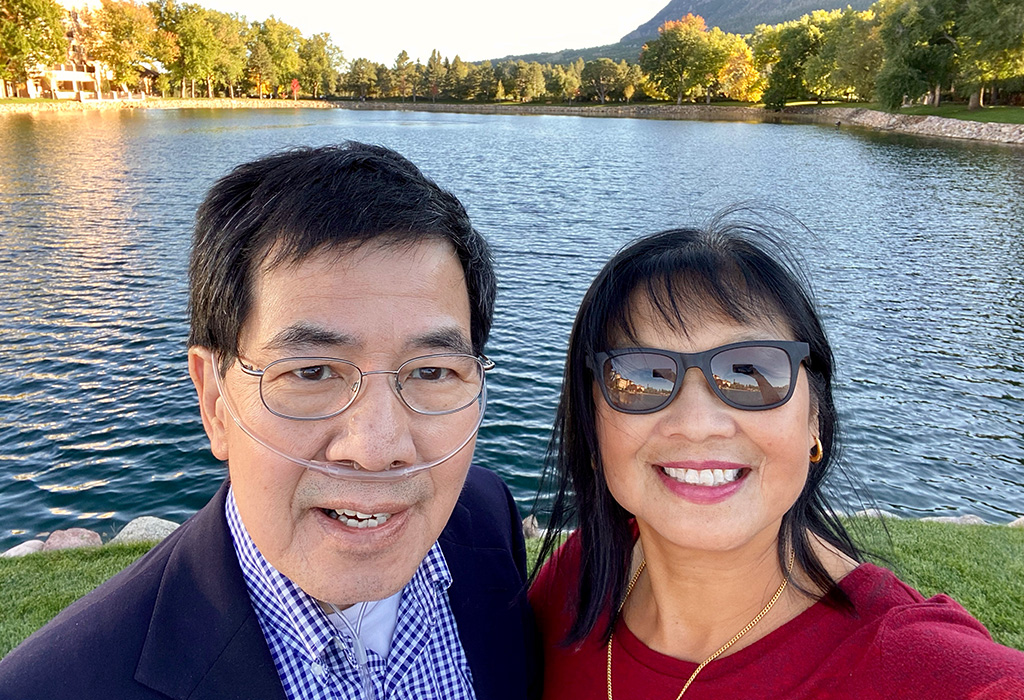